Voting for the 20-man Indigenous All Stars squad is open with fans deciding the team to take on the NRL All Stars when the match returns to its inaugural home, Cbus Super Stadium, on Friday February 13 next year.

And there are plenty of Titans players eligible for your vote with no less than three – Greg Bird (four times), Ryan James (twice) and Aidan Sezer (once) - having already worn the Indigenous team’s colours and several other Titans including James Roberts, Caleb Binge, Brad Tighe and emerging hooker Kierran Moseley proud of their heritage.

It was great news for the Gold Coast that the game returns to Robina after moving to Suncorp Stadium in 2013 (there was no match this year) after being launched here in 2010 as the brainchild of Titans favourite Preston Campbell and club founder Michael Searle.

The initial three annual games drew close to capacity crowds at Robina and demand for tickets is expected to again be strong.

The Indigenous All Stars squad will be coached by Laurie Daley and will play the Wayne Bennett-coached NRL All Stars.

For more details and to have your say on who will pull on the Indigenous All Stars jersey, please visit nrl.com/allstars. Voting will close on January 9 with teams to be announced on January 19.

NRL head of commercial, Paul Kind, said the NRL was delighted to announce the details for the match’s return to the rugby league calendar as part of a two-year commitment to stage the game in Queensland.

“The Harvey Norman Rugby League All Stars is a unique celebration of the diversity of the game, and we are pleased to confirm that in partnership with Tourism and Events Queensland the event will be held on the Gold Coast next year and in Brisbane in 2016,” Mr Kind said.

“Harvey Norman, who have supported this event since its conception in 2010, will also extend their partnership for another three years. It is fantastic that we can continue to work with them to keep growing this event for the rugby league community.”

“This event is a fantastic celebration of Australia’s many cultures, bringing league fans from across the country together in Queensland to experience the most exciting exhibition match in rugby league,” she said. “The Harvey Norman Rugby League All Stars will be promoted as part of the recently launched It’s Live! in Queensland marketing platform, which highlights the perfect union of world class events and destinations.

“Destination Success, Queensland’s 20-year plan for tourism, recognises the importance of securing major events such as this which drive repeat visitation to Queensland’s world-class destinations.”

Harvey Norman chief executive Katie Page said: “We are so proud to have signed on as naming rights sponsor for another three years. It is an event that spans a week and culminates in a game that brings the player communities, the fans and families even closer together.

“What could be better - a game that recognises the Indigenous community for its phenomenal contribution to the fabric and heart of rugby league; it grew from within the Indigenous playing community and every fan can champion their favourite player.”

Yesterday saw the announcement of a three-year partnership between the Crown Resorts Foundation and the Indigenous All Stars team.

Tickets for the match are available to NRL club members via Ticketek. General public tickets will be on sale from this Friday. Please visit Ticketek.com.au/Allstars.

Since the All Stars concept was introduced in 2010, profits from the match have been invested in Indigenous community programs including mentoring sessions, workshops, cultural activities, assistance with learning, behaviour and attendance, self-esteem, leadership, communication and social skills.

The 2015 event will begin with a mixed touch football match, followed by NSW v Queensland under-16s and the women’s All Stars taking on the women’s Indigenous All Stars before the main match kicks off at 7.30pm. 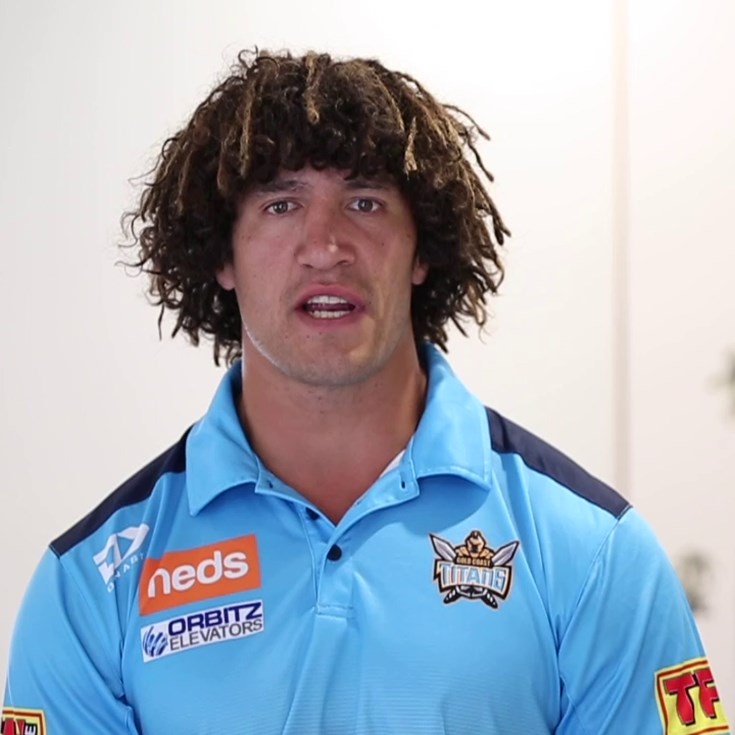 FERRIS: Communication and setting goals is the key

Group Focused On Being Ready To Play