A big part of Kane Elgey’s NRL apprenticeship is the experience of coming up against the best halves in the game – and that he does on Sunday when he goes heads to head with Kiwi international and 2010 Golden Boot winner Benji Marshall.

Marshall has been outstanding for the Dragons this year, and much of their attack comes from him. He is second only to Johnathan Thurston in try assists in the NRL (25) and in the top five with line break assists (15). He may have slowed a little in pace but his bag of tricks is still extensive.

However, Elgey is quickly coming of age and his performance against the Raiders last Sunday - when he was without Aidan Sezer and lost Greg Bird in the opening minutes – was excellent when he had to be the dominant organiser on the field.

The result was his sixth try of the season (in 14 games), a major role in three other tries and a 40-20. He has progressed well this season and takes on a big responsibility again this Sunday – as a young Benji Marshall did with the Tigers in his debut season of 2003.

Head out to the game on Sunday (4pm kick-off) and watch them go head to head. Click here to buy your tickets online. 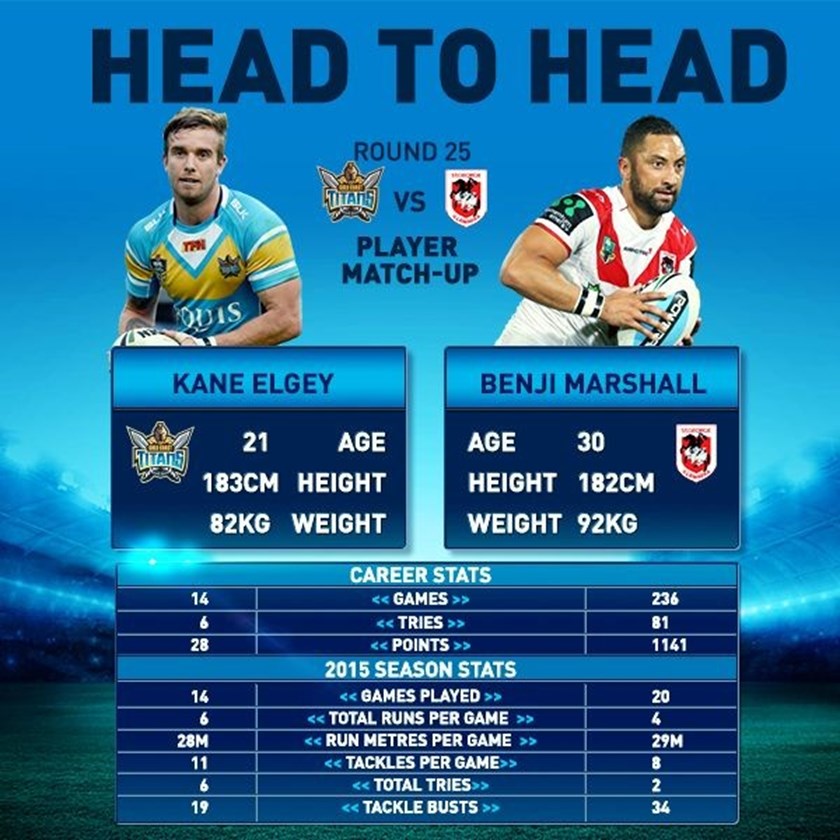 Lightning-quick Lofi in no rush to fast-track NRL debut