Rugby league warhorse Luke Douglas will become the 14th player to reach 100 NRL appearances with the Aquis Gold Coast Titans when he runs onto ANZ Stadium for the clash with the Bulldogs on Saturday (3pm) at ANZ Stadium in Sydney.

And, he is only five games short of joining the elite band of players who have played 250 first grade games.

Douglas becomes the 21st player in history to have played 100 games for two clubs with his century adding to his 146 appearances for the Sharks between 2006-11. Three other Titans are in that list – Anthony Laffranchi (Tigers and Titans), Luke Bailey (Dragons and Titans) and Greg Bird (Sharks and Titans).

The big prop has still not missed a match through injury, being absent for only four matches since his debut in round two in 2006 - through the ASADA suspension and a one-match ban this year.

In team changes, Kierran Moseley, who played 16 NRL matches in 2015, is back in the line-up to take, replacing the injured Daniel Mortimer.

Moseley will line up for his second appearance of the season after missing the pre-season trials because of an ankle injury and playing mostly since with Tweed Seagulls in the Intrust Super Cup.

Mortimer will have an MRI scan to confirm the extent of the hamstring injury he suffered on the stroke of half-time against the Dragons last Saturday.

Greg Bird’s return from a one-week suspension and Moseley’s call-up are the only changes to the side that lost, for the second successive week by less than a converted try, in round seven. 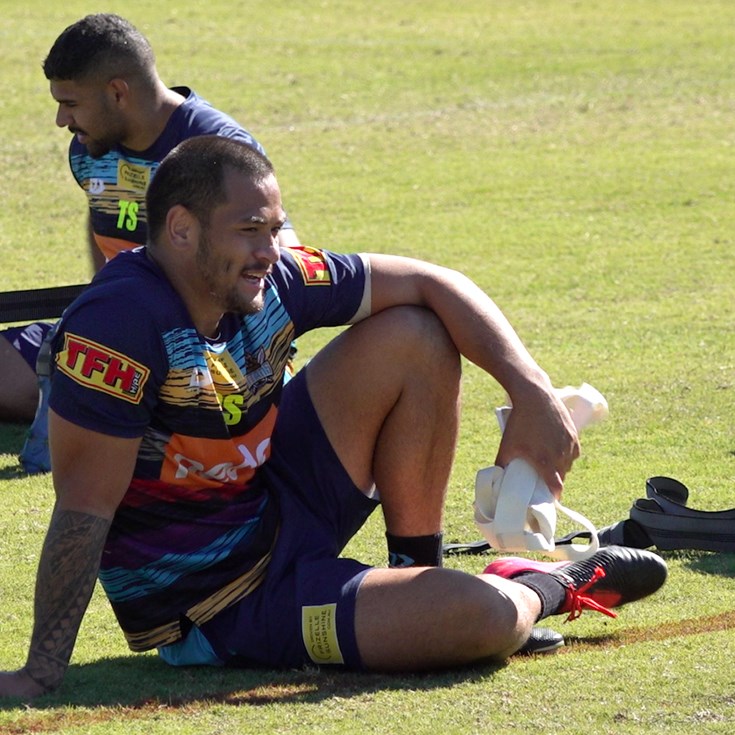