Jarryd Hayne knew there'd be pain but that didn't stop him from stepping up when it mattered most to guide Gold Coast to a thrilling 16-12 comeback win over the Sharks on Saturday night to get the Titans' season back on track.

The 29-year-old hadn't played since injuring his ankle in the Round 2 loss to Newcastle but showed glimpses of his best with the game on the line to help his side record its second win of the year.

The Titans fullback admitted it would take a while for him to fully recover from the ankle injury, but it was clear to see on Saturday that a half-fit Hayne can still be a dominant force in the NRL.

"The ankle's going to take about a month to come back to normal, but it's just [about managing] all the muscles around it," Hayne said after the game.

"I'm going to be running a bit different and it's not going to be as comfortable as what it would normally be. We're just going to have to accommodate it.

"Running forwards is one thing, but once you start running sideways and play a bit of football, your hammy, groin, hips, they all come into account and that's something that I'll obviously struggle with.

"I've been in an altitude chamber on a push bike. I just tried to save my legs as much as I could and then impacted when I could.

"I think at the start of the year I was pretty much playing on one leg so I've got two legs now. I'm not 100 per cent yet, but we'll keep chipping away and hopefully do what we can.

"I guess we'll just have to wait and see [how long it takes to get back to my best].

"It's just about going out there and making plays. You saw tonight that I don't have to be fully fit to be making plays. I think game-plan wise and structure wise it was really a highlight tonight."

After a measured start that saw him ease his way into the game, Hayne exploded into life in the second half with a series of huge plays that swung momentum in Gold Coast's favour.

The star fullback finished the game with a season-high 109 metres, but it was his short-side raid to set up Leivaha Pulu, his acrobatic effort to stop a kick from finding touch and a forced dropout that brought his side back into the game.

Hayne was quick to deflect praise to teammates, especially Tyrone Roberts who filled in at fullback at times to help him get much needed air back in the lungs.

"Everyone's full of beans at the start so it would be pretty stupid for me to come out and try to make plays then," he said of his second-half tactics.

"It's all about putting in for each other and doing what it takes. The guys know that I'm not at 100 per cent and that's what good teammates do; they take a bit of pressure off me by helping me out."

With the rep season just around the corner, Hayne confirmed he would not play for Fiji in the mid-season Test, instead opting to use the week for extra conditioning to ensure he's primed for the middle part of the NRL season.

He did, however, indicate that State of Origin was very much on his radar and that he had recently spoken to Blues coach Laurie Daley about a possible return to the NSW side.

Hayne hasn't played Origin since the 2014 drought-breaking series win that saw him produce some awe-inspiring performances in the sky blue jersey, but it's clear he wants to return to the NSW side, no matter where Daley puts him.

"I spoke to him a couple of weeks ago when I was injured," Hayne revealed.

"He just said that he wants me to get back out there and get healthy. For many years I played Origin and I've just worried about my form and the rest worries about itself.

"I know for me I just need to get into form, get healthy and the rest will look after itself.

"Origin is Origin. You want to do your best and be in good form and nights like tonight are definitely stepping stones for that." 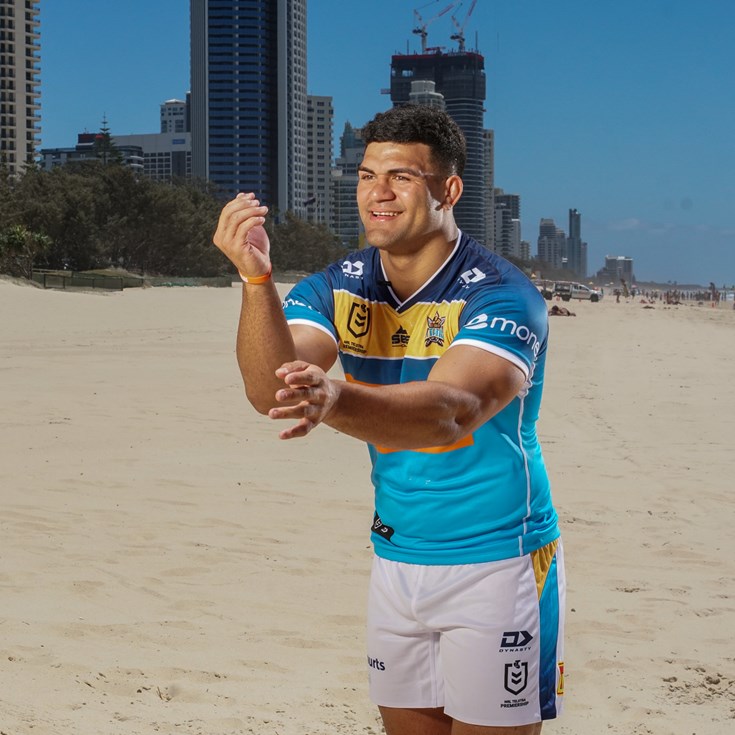