Mate Ma’a Tonga have set up a mouth-watering showdown with New Zealand next weekend for top spot in Pool B after surviving a late resurgence from Toa Samoa to run home winners 32-18 at a packed Waikato Stadium.

With the passionate supporters of the two Pacific nations turning out in force, it was good that the stadium doesn’t have a roof as the deafening cheers would have surely raised it after the spine-tingling war dance face-off – and that was before the kick-off.

On a night which proved to be a brilliant advertisement for the game, Tonga finished to strong to book a place in the Rugby League World Cup quarter-finals for the first time and if they beat the Kiwis next Saturday the Mate Ma’a can avoid Australia in the semi-finals.

Centre Michael Jennings was again a star for Tonga, crossing for two tries in the first half to give his team an early advantage and one they would never go on to lose throughout the match.

Tonga came out the better of the two teams in the opening quarter of the match, controlling the ruck and enjoying early field possession in Samoa’s half.

As the pressure slowly mounted, Tonga opted to but the ball on the foot to find their first points, turning to young half, Ata Hingano, who planted a deft grubber just short of the Samoan try line.

Samoan winger Ken Maumalo fumbled the ball in his attempt to clean up the kick and it was quickly pounced on by Jennings to open Tonga’s try scoring account.

However, Samoa clawed their way back into the game and just minutes after the opening try, hooker Jazz Tevaga burrowed his way over the Tongan line from dummy half to even up the scores.

With the scores locked at 6-apeice both teams had their opportunities late in the first half. Samoa almost snagged a four-pointer through Joey Leilua, before being denied by the video referee.

But Tonga would be the ones to gain the advantage, notching up eight points in two minutes, thanks once again to Jennings, who scored a hat-trick of tries in last weekend’s 50-4 demolition of Scotland.

Following a successful penalty goal from Sio Siua Taukeiaho, the Mate Ma’a found themselves on the attack almost straight away and probing the Samoan try line.

Tonga once again turned to the aerial option, sending the ball to Daniel Tupou who batted the ball back for an eagerly awaiting Jennings, who slammed the ball down as Waikato Stadium erupted.

Despite Tonga finishing the first half with a 14-6 lead, the match was still very much up in the air as play got back underway for the second stanza.

It took 10 minutes of bashing and barging before either team worked their way up into some good attacking territory.

And it was Tonga who struck first in the second half following a brilliant individual effort from interchange forward Peni Terepo, who carried several Samoan defenders over the try line with him as his put the ball down under the posts.

Trailing 20-6, the Samoans could sense the game was starting to get beyond their reach and began throwing the ball around in a frantic attempt to drag in the score line.

A Tongan try to Ben Murdoch-Masila in the 59th minutes made the task harder, but with the crowd and their nation behind them, the Samoans started to rally.

Samoa crossed for two tries through Ben Roberts and Tim Lafai in less than 10 minutes to reduce the gap to just eight points as the shadows of full time drew closer.

But despite their best efforts, Samoa fell short against the star-studded Tongan side who put the nail in the coffin in the 75th minute when Manu Ma’u crossed for their fifth try of the night.

Tonga finished the day too good for Samoa finishing 32-18 winners. 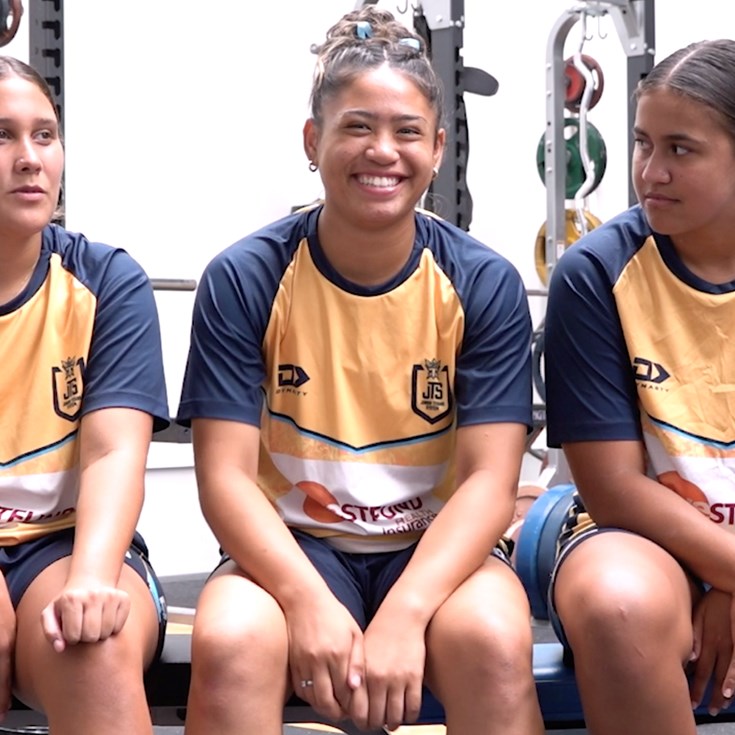 Titans women 'up for the challenge'

For & Against: Will new rules make the game even better?