It is a school that sits in the shadows of renowned national schoolboys cup heavyweights Keebra Park  but, as an alma-mater that is providing talent for the Gold Coast Titans, Palm Beach Currumbin State High is unchallenged.

Of the 21-man squad listed by the Titans to play M1 derby rivals Brisbane Broncos on Sunday at Suncorp Stadium, five came through "PBC" while a sixth, Keegan Hipgrave, would have been in the squad but for a one-match suspension.

All have come through the influence of a group of mentors who are rugby league royalty in Queensland schools coaching ranks.

Heading the group is former Australian Schoolboys coach Rod Patison, a member of the first touring schoolboys side of 1972-73 coached by Roy Masters. Phil Sutherland was another (like Patison now retired) who has had a big impact on a long list of players who have come through Palm Beach Currumbin to the NRL.

Such is the influence of Patison that when James had to decide his future at the end of 2016 and was negotiating a contract extension with the Titans (without the use of an agent), Patison was one of the first people he called to discuss his decision.

Patison also coached the school’s only previous winner, in 2001, a team that featured Ben Hannant and Kevin Kingston.

"Patto has had a massive influence on my career and I still go to him for advice," said James, a 2009 Australian Schoolboys representative with current teammate Jack Stockwell, Jason Taumalolo, Michael Morgan, Blake Austin, Joey Leilua, Cheyse Blair and Rankin.

"PBC was a great school to go to and I’m really proud of how many former students who came through the system there are at the Titans now – and how many locals generally we now have.

"One of my best memories was winning the final in 2008 against Matraville High who had Adam Reynolds as their gun player."

"I learned a lot of footy from those two and still keep in touch; they were definite mentors," Elgey said.

"They’ve had a big influence on a lot of players who went on to play NRL and I still like running into them and talking footy."

Of the current PBC-developed Titans, Simpkins – a local from Palm Beach - was the first to come through the ranks and was joined by Proctor in 2006. Proctor had moved with his family from Perth to Queensland country then to Palm Beach to join the league program.

Also in the 2006 side was Matthews, who was brought into the Titans system from Kyogle in northern NSW and was sent to PBC for Year 12.

"It was one of best things I did footy-wise for my development," recalls Matthews.

"Patto (Patison) was great for my development. Coming from a bush footy team, he helped me improve the finer skills of rugby league and was good at getting players to develop a short passing game and the basic fundamentals of the game. I was certainly a good learning curve."

Proctor played in the 2006 Australian Schoolboys from PBC alongside Matthews, Mitchell Pearce and Israel Folau and was scouted soon after by Melbourne Storm.

The more recent Titans graduates from PBC are utility player Karl Lawton, who debuted in 2016 but left the club last month in a late signing by the Warriors, and Hipgrave, a 2014 Australian Schoolboy rep, who was signed by the Broncos but returned to the Gold Coast last year to make his NRL debut.

Of the group, only Hipgrave, Matthews and James cut their teeth in the NRL with the Titans and only James has spent all his senior career with the club. Yet the group’s reuniting is a massive statement for the club which now boasts 13 local juniors (from feeder areas NSW North Coast, Tweed and Gold Coast) in their ranks … and PBC’s program. 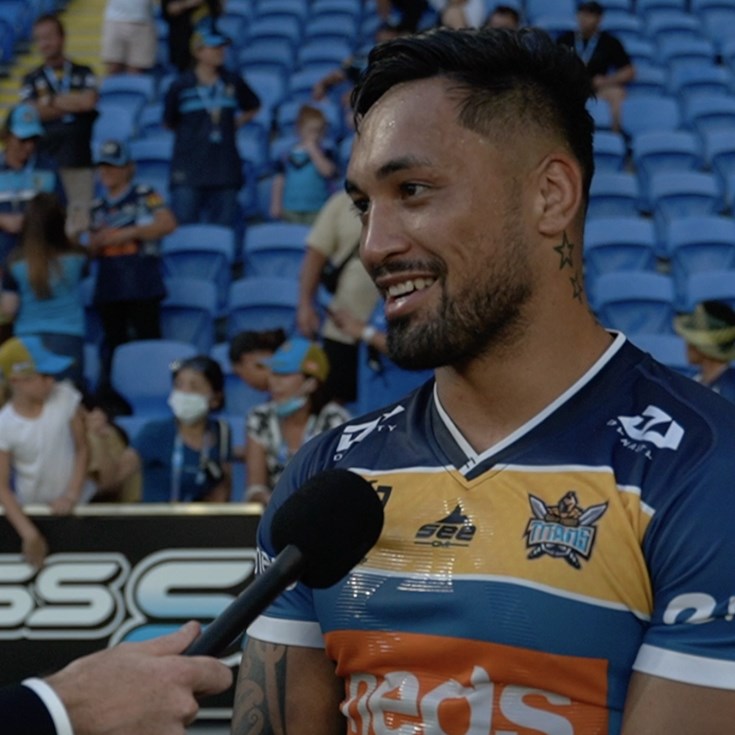 SEE Civil Play of the Week - Round 4

Presented By See Civil 1 week ago