Coach Garth Brennan will be without Captain Ryan James this weekend but believes there is enough cover in his squad to make up for the loss.

James yesterday took the early guilty plea on a 'Dangerous Contact' charge and will miss Sunday's clash with the Panthers.

"I think we've got enough to cover the loss," Brennan said. "Jack Stockwell has been named and Leilani Latu is there as well so I think it'll be okay.

"Will Matthews (knee) has also been named but we'll monitor him as the week goes on. The swelling has gone down but it's just about him getting his range back (in that knee).

Bryce Cartwright played 56 minutes out on the left and Brennan was questioned as to whether that's where we may see a bit more of him.

"I always said that i wanted to ease Bryce back into and it was a bit unfair on him in those early weeks. He's still getting back into it but seeing him on an edge might be the way to go for now."

The Titans take on the Panthers on Sunday afternoon at 2:00pm, in Sydney. 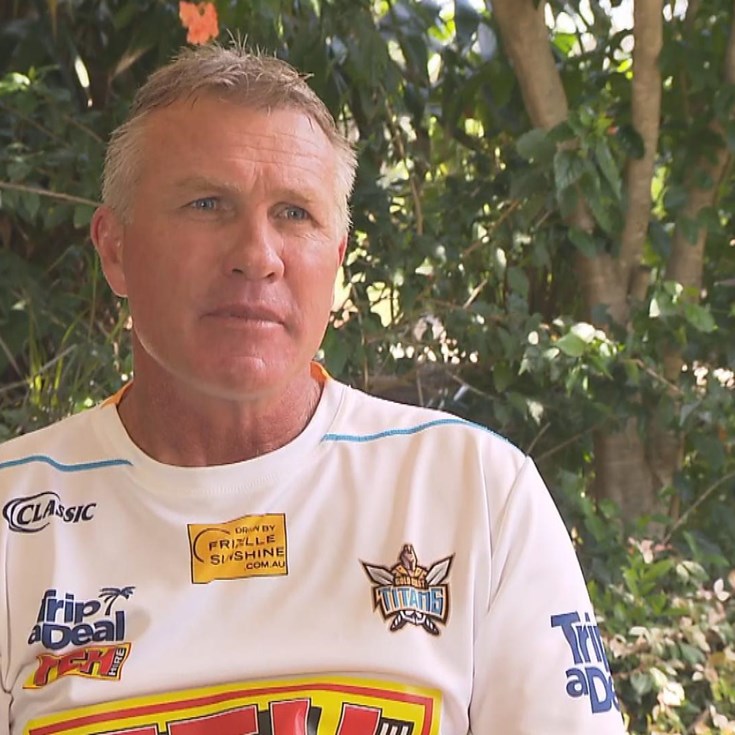 Brennan still close with a number of Panthers

WALLACE: We need to stop the roll on