Lock forward Jai Arrow admits it's hard not to think about the impending State of Origin selection but says his sole focus remains on recapturing his form from the start of the year.

The Burleigh junior has been arguably the Titans best player over the opening 10 rounds but with back and rib injuries over the past month causing him some concern, he is looking to get back to his best.

"I've got to get back to the form like the start of the year and hopefully the rest (selection) will come of the back of it," Arrow said.

With his name being tossed around almost daily in relation to Queensland selection, the 22-year-old admits it has been hard to ignore.

"I'm not too worried about it and I know my name has been thrown up.

"It's definitely played on my mind but not too much. In a way it makes me excited and makes me want to play better footy.

"Kev (Queensland Coach Kevin Walters) has spoken to me after a couple of games and he just lets me know what I could work on. It's good to have someone like Kev speak to me."

Fellow Titan Jarrod Wallace was a rookie in the Origin arena last year and has been working closely with Arrow along the way.

"He's been good and he's been a leader in our forward pack. He's pulled me up a couple of times.

"I'm so glad he signed and he can help show us young guys the way." 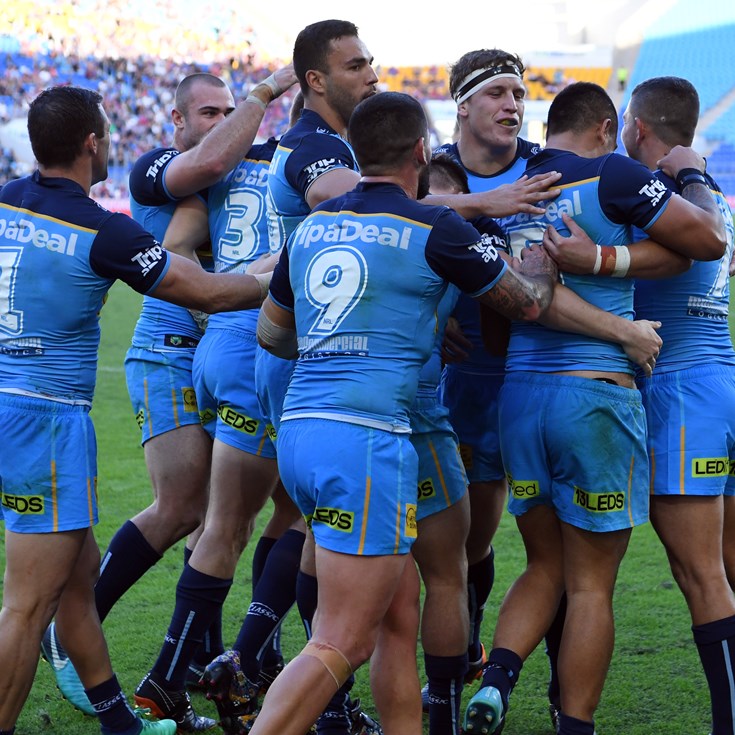