Queensland State of Origin players Jai Arrow and Jarrod Wallace have returned to Titans training today and confirmed they will be starters tomorrow night against the South Sydney Rabbitohs at Cbus Super Stadium.

Arrow didn't get the result he was after last night but will be hoping to make a strong contribution for the Titans in the Friday night fixture.

"I guess I played about 30 minutes last night but it felt like a full game.

"I don't want to let my team mates down here and it's something I pride myself on is to not let anyone down so I'll definitely be out there tomorrow against a South Sydney side who are travelling well so i want to get stuck into them.

And on the Origin experience?

"It was pretty easy to prepare but the night before was pretty hard. I couldn't sleep but once the day came i was so excited. I stayed calm and enjoyed the ride.

"When I was walking up the tunnel I heard the roar from the crowd. It was an unbelievable feeling. I took a moment to do a spin , have a look at the crowd and soak it all up.

"I tried to stay pretty calm and focus on what my job was. I got on a bit earlier than I thought but once I ran on I calmed myself down.

"When I ran on I had that first run and got into the game.

"Now that I've had a taste I hope I get picked again." 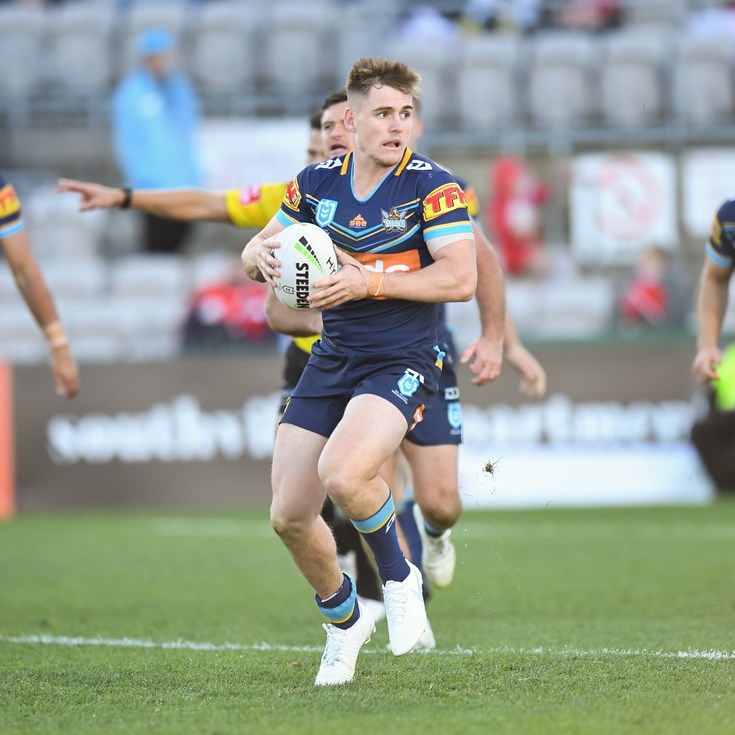