NSW coach Brad Fittler won’t tinker with the formation of his side, declaring it is now a two-horse race between Matt Prior and Ryan James to fill the vacant front-row position.

With Reagan Campbell-Gillard out for the remainder of the series due to his broken jaw, the door has opened for James or Prior to become the 12th Blue to make their State of Origin debut this series.

There had been a suggestion Fittler could move Tyson Frizell into the front row and bring Tariq Sims into the side, however the Blues coach insists he will pick between James and Prior.

"Right at this moment we'll give it a couple of days and just see how it rolls around," Fittler said.

"The good thing, especially both front-rowers, is they are both super human beings. If it's not in this game it could be next game for either of them. I like them both. They've been a bit unlucky over different times, but in saying that their careers have ebbed and flowed a little bit. Matt Prior's last couple of years have been fantastic. He hasn't missed a beat. The year they won the grand final [he was great].

"Ryan has been on the cusp for quite a while now. They're selfless. They just do team stuff non-stop, both of them. Ryan James is a bit more explosive where Matt Prior can do big minutes."

It marks an incredible three weeks for James, who has had to endure a rollercoaster of emotions.

James was initially told he was in the squad for game one and had his flight itinerary sent to him to join the team in Coogee.

However, Fittler called him while he was packing his bags and told him he’d changed his mind.

"It was tough. It was just a tough phone call," James said.

"You can tell Freddy found it pretty tough as well. He just told me the way he was going and you can’t complain because they went really good last game. I couldn’t say anything because I was just happy to be in the mix at that stage. They went out and put on a cracking performance. It was tough to get over but I just went to training the next day and trained with the Titans and worked on things Freddy told me to work on.

"I’ve got great people around me … luckily enough all my familyare up [with me] so I had all my family to lean on. I just thought the best way to go about it is to try and go out and play good club football for the Titans and I think I’ve done that the last two weeks. I’m just extremely stoked to be in this squad. If I get the jersey I will just grab it with both hands and try and not let it go."

Luke Keary has been brought into the 20-man squad as a shadow player for James Maloney, who picked up a slight lower back injury in Penrith's loss to the Roosters on Friday night.

"I was always keen to get Luke Keary in as part of the squad somewhere," Fittler said.

"I think he's going to be a five-eighth at some stage for NSW. At the moment [Maloney] is seeing the medical staff and they haven't quite got a determination of whether he would be able to run tomorrow or the next day. But we're pretty confident he can play."

Don’t miss Game II of Origin at ANZ Stadium on Sunday 24 June. Click here to get your tickets 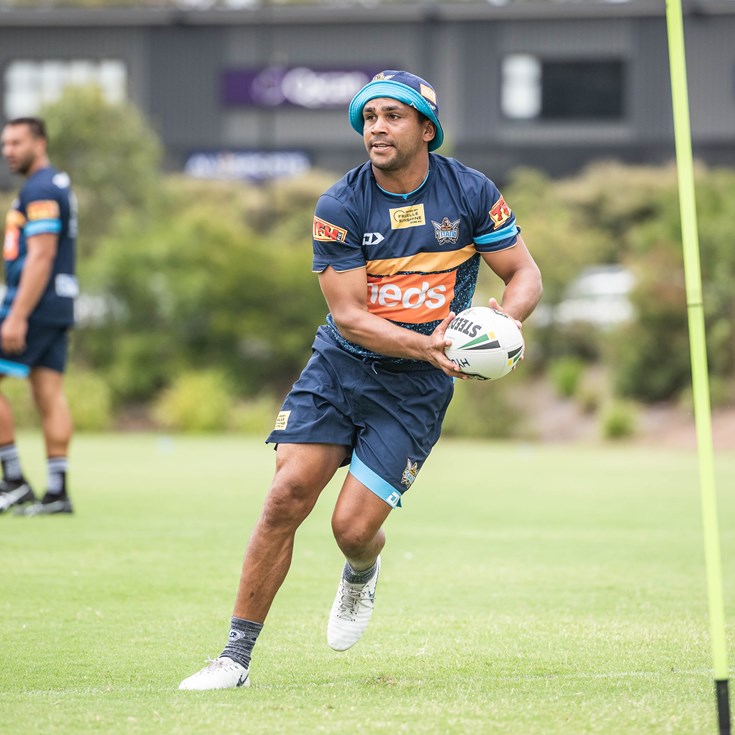 Why Titans enforcer James turned his back on Maroons