The 2018 NRL Titans Schoolboys Competition Grand Finals were played on Wednesday night with four different schools taking home trophies in what has been the largest school boy competition on the Gold Coast.

For the first time, 34 teams from 16 different schools competed in four divisions of competition. Teams travelled from as far as Forest Lake, Loganlea, Beaudesert and Elanora in the south to compete in the eight week competition.

Hipgrave was excited to revisit his school boy memories. "It's really good to come back and see the good quality of football that's being played. This is where it all began. We played here from year 8 all through to year 12, it was good building blocks leading into the older, senior grades, and Under 20s and Queensland Cup and now first grade".

Matthews added, "It's really important for the Titans to get behind something like this, it's a great stepping stone for these young kids to be part of this. From watching the game before, you can see there's a lot of emotion in these games. It's good to see how important this is to the kids, they love it."

In what was possibly the most exciting match of the night in the Titans Trophy final, Miami SHS came from behind to snatch victory from Helensvale SHS 26-24.

"I'm very proud and thankful for the opportunity from the Gold Coast Titans. There's a lot of students at our school that don't play club football due to commitments in the classroom, so it gives them the opportunity to play rugby league which is a game that they love, and again, it's creating a culture for our junior cohort who were tonight and will build on that energy."

"The Titan's community work is extremely important to the Gold Coast, creating participation which is fantastic. The community involvement is crucial within the Titan's and they're doing a great job."
Marymount College and Titans Cup Player of the Competition, Cole Geyer, reflected on great win for his team. "This is my second year in the Titans Cup Competition. I like playing with all my school friends and just enjoying playing for school and getting ready for our trip to Confro [Confraternity Shield] this year. I'd like to thank all the coaches, and all my team mates, and the parents."

Last night's Grand Finals held at the Burleigh Bears, were the highlight of the competition with some very entertaining results:

Congratulations to all the teams that competed and well done to the winning teams. 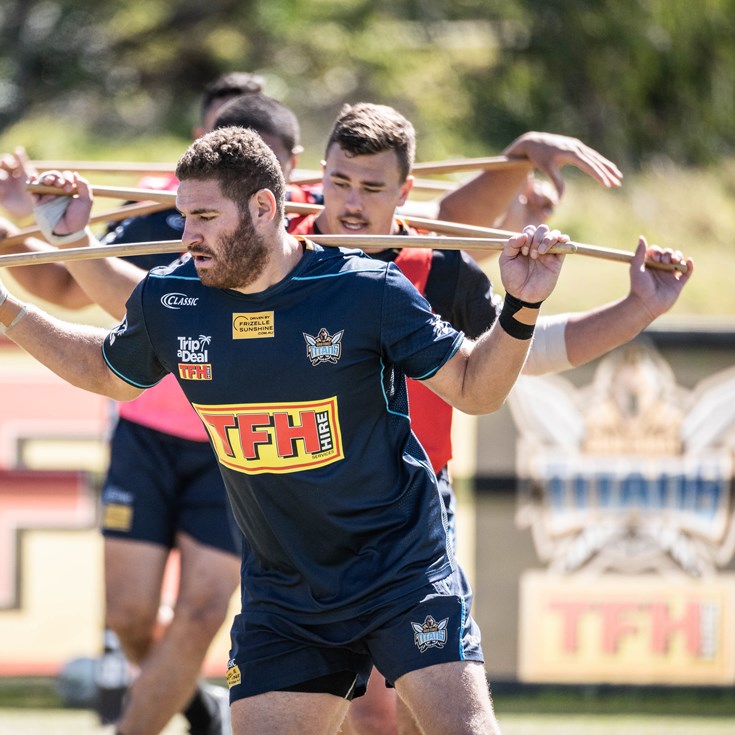