It's back-to-back wins for the Gold Coast and coach Garth Brennan is not giving up hope his side can make the top eight for just the fourth time in their 12-year history.

But he's reluctant to go marching down the Pacific Highway waving a banner just yet.

The Titans muscled their way level with Canberra and the Wests Tigers on 14 competition points – with a convincing 30-12 win in one of rugby league's hardest venues for a visiting team – Leichhardt Oval.

All three sides are still three wins outside the finals equation with nine games left.

"I know it's a cliché but we'll take it just week to week, as we improve as a club and as a team," Brennan said when asked if the Titans could make September happen again, after scraping into eighth in 2016.

"I said at the start of the year we'd be a better team at the back end of the year than the start and it’s starting to come together.

Their big brothers up the road, Brisbane, are eighth and they are the Titans' next appointment at Cbus Stadium on Sunday.

After scoring more than 60 points and 11 tries combined from their round-15 win over the Bulldogs at Belmore Sportsground and Sunday's round-16 over the Tigers, they are not just showing no fear of parochial grounds, they are building some momentum at the right time of the year.

"I'm not so much sure about momentum but probably a bit of belief," Brennan said.

"That's probably what this team has suffered from in the past – that they can win and that they're good enough to come up with results.

"We've done it in games against Melbourne and the Roosters where we've been good for 40 minutes – taken it to them but not played for the 80.

"I think when the boys start believing themselves they can put 80 minutes together, then we're going to be a hard team to beat." 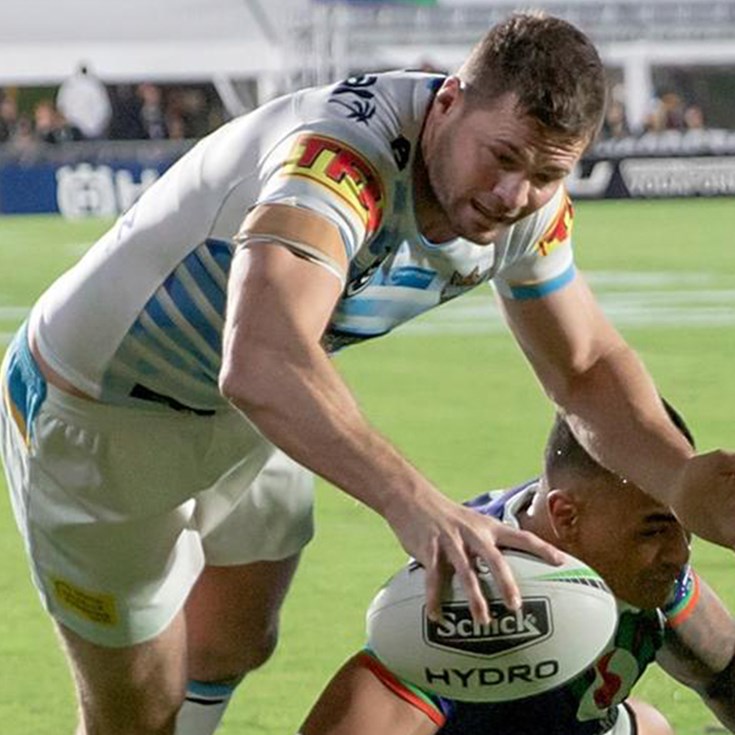