Right-edge "caretaker" Kevin Proctor knows what his assignment will be on Sunday if the Titans are to avenge the biggest loss in the club's 285-game history.

They are also trying to create their own slice of history by beating 'big brother' Brisbane twice in the same season for the first time.

It is their first clash at Cbus Super Stadium since the Broncos thrashed their south-east Queensland rivals 54-0 in round 22 last year, which contributed to the demise of coach Neil Henry - sacked 15 days later.

Proctor missed that match with a hamstring injury as he watched Brisbane's halves Ben Hunt and Anthony Milford tear the Titans apart on the back of a dominant pack.

The former Kiwis Test regular, who feels he is starting to gain momentum with his form and is desperately keen to return to the New Zealand side for their tour to England at season's end, knows Milford is the man who can cause havoc again. And Proctor he is the man given the responsibility to stop him.

Milford, after a disappointing first half against Canberra last weekend, was hot as he has been all season in the second 40 minutes, setting up three tries and scoring another, in partnership with Darius Boyd and Jordan Kahu.

On the same weekend, the Tigers exposed the Gold Coast's right edge of Proctor, Ash Taylor and Brenko Lee and they have worked hard on video and on the training field to rectify their issues in readiness for a Milford onslaught.

"We've done heaps of video on him this week; Milford is the real danger man down that left side," Proctor said.

"Our right side has to be up to scratch. We've done a lot of work on it at training today and a lot of video to get it right and yep, 100 per cent, I have to take responsibility how, as an edge, we perform."

Lee, too, was not passing the buck on the right edge combination that was opened up several times, one leading to a try by Kevin Naiqama while others were opportunities squandered due to the impatient Tigers.

"I'll put my hand up with some of them [defensive lapses that saw the Tigers break the Titans open seven times at Leichhardt] ... I was just kind of, not so much not trusting, but going in when I didn't really need to," Proctor said.

"That's what video is for and that is what we need to work on and I put my hand up straight away because I need to work hard on it.

"Sometimes little issues at the play-the-ball can cause bigger issues out wide."

Proctor, who has missed only one match but has been struggling with a groin injury for much of 2018, says it's felt the best it has all season during the past two rounds as he feels his combination with Taylor in attack has started to blossom.

He said on Wednesday that this Titans squad was up there, talent-wise, with the Storm sides in which he played. The difference is a simple lack of experience.

"It is up there with the best I have played with; the skill level, the competitiveness of the whole side is really good. We are in most games, and most of the teams I have been in have always consistently been in games.

"We haven't had the icing on the cake [to secure crucial victories]. It's just the experience. Our last play options, where we turn the ball over and what to do in certain situations."

There are only six players from last year's round 22 slaughter, in front of the Titans biggest home crowd of the season [21,716] backing up for Sunday's clash - Anthony Don, Dale Copley, Taylor, Ryan James, Nathan Peats and Morgan Boyle. 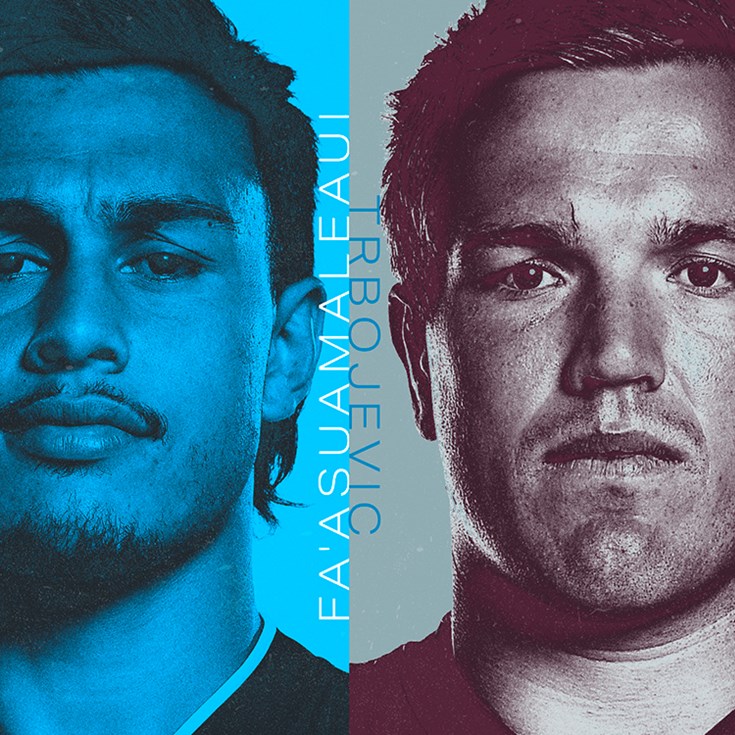 Presented By McDonald's 3 hours ago