Gold Coast coach Garth Brennan feels for his former boss Anthony Griffin and is expecting the real Panthers to show up at Cbus Super Stadium on Saturday – a team he says has close to the best roster in the Telstra Premiership.

Brennan, who spent six years at Penrith – two under Griffin - says he feels for his former boss whom he hopes will not be lost to the game after told his services were no longer required at the Panthers on Monday.

But this Saturday he expects life will quickly return to business as usual at Penrith and the Titans must prepare to take on a side that will quickly refocus after the shock of Griffin's abrupt departure.

And he expects they will come out from the opening whistle playing the flamboyant style they are renowned for but had been put in the background until desperate measures have been needed late in games against Manly and Canberra in the past fortnight.

"I'm expecting a very driven, very motivated and talented football team on Saturday ... and that's us too," Brennan said.

"They have two Australian front-rowers coming off the bench plus two Origin halves and you look across their team and there are not too many weaknesses.

"They have some things going on but they are things we can't control and all we can control is how we prepare, how we train and how we turn up.

"Hopefully, the Titans team that turned up at Cbus two weeks ago [in the win over the Warriors] will be the one that turns up on Saturday."

Brennan did not want to buy into events at Penrith but relayed his thoughts for Griffin.

"There are obviously reasons Penrith have made that decision but as a fellow coach you have to feel for a guy who has his team fourth in the competition and is now without a job," he said.

"Hook works hard and is a good guy. For whatever reason it hasn't worked there. I have been away a little bit but I saw a good working relationship between Hook and the players and Gus and Hook were very tight.

"Gus [Phil Gould] and the board made a decision that they thought was the best for the club and in the end of the day you have to support someone in that position [Gould] because it is always club first."

Brennan has challenged his senior players to be mentally tougher if they want to reap something from the last four rounds of the Telstra Premiership after backing up their best performance of the season against the finals-bound Warriors with a poor effort against last-placed Parramatta.

"We have to be mentally tougher. We have to come focused every week or we'll pay for it," he said.

"We have three Origin players [Wallace, Arrow and Peats], a Kiwi international and another guy on the fringe of Origin in our pack.

"We have enough experience to lead the way but we have to make sure we get some consistency with those guys as well as the youngest."

In other Titans news, Brennan says they hope to have an answer from Tyrone Roberts on whether he will rejoin the club within a fortnight. Brennan said Roberts, who has just led Warrington to the Challenge Cup final in England, has fielded several offers but he is hopeful he will head to the Gold Coast. 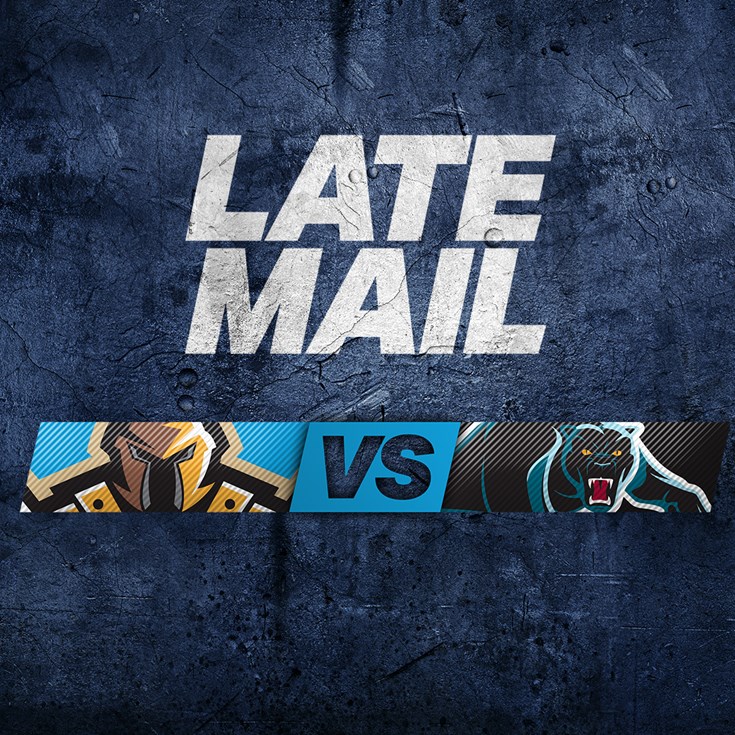 Arrow back on target after gruelling Origin campaign