NRL players are often seen as "living the dream" in a bubble of training and playing with little more than video games or golf in between.

But the clock is being wound back; like in the era before full-time professionalism, players across all clubs also completing trades or university education so they have something to fall back on whenever their playing days come to an end.

This week is National Skills Week and it's appropriate to profile what is being done in conjunction with Australia's Vocational Education and Training sector. The NRL has partnered with VET to provide career pathways to many full-time and part-time players.

The catch-cry from the week is "real skills for real careers" which identifies that NRL players are not just spending token effort to utilise funding that the game provides for vocational training and university studies, but genuine career options.

The Gold Coast Titans, through long-time player education manager Jen Cross, is a club which has always had a strong sense of the need for its players to have career training or substance to fall back on away from football, and the extent of their player activity may surprise many.

Queensland State of Origin forward Jai Arrow, admittedly feeling the physical and mental toll of his first season as a starting player and rep player, talks about the need to refresh his body and mind when the Titans' off-season kicks in come September.

Yet he will spend much of October completing the job hours required to finish his plumbing apprenticeship which began when he left school at 17 and went straight into the Broncos system.

Titans rookie of the year, AJ Brimson, this month completed his carpentry apprenticeship through a supportive employer Luke Hayes who worked around Brimson's football commitments and allowed him to contribute hours on his day off. Brimson's carpentry studies began while at Keebra Park High School and continued through his under-20s days.

Halfback Ash Taylor may have a massive contract to fall into next year but he will still continue a carpentry apprenticeship he began in under-20s. He had continued the theory component of his Certificate III in Carpentry this year and is looking forward to getting back on the tools next season.

Kane Elgey, Nathan Peats and Jarrod Wallace presented business plans this week for their Certificate IV in New Small Business courses they have taken on through the Elite Athlete Business School.

Anthony Don, one try away from breaking David Mead's club try-scoring record, studied as a PE teacher before starting his NRL career at 25 but has also returned to tertiary studies as part of a Master of Business degree.

"I'm three years into an apprenticeship which I started when I was 17 and I've put it into the mode now where I only have to do a certain number of hours per week," said Arrow.

"I need a good rest in September but I'm going to try to get all my on-site 'prac' done in October before we get into pre-season training (through All Trades). I've had the same boss through most of the apprenticeship.

"It's great to have something to focus on outside of footy which doesn't last forever. You need something to fall back on and during school I decided plumbing was something I wanted to do and thought it might be the best fit for me.

"I think it's good for your footy to have something to concentrate on like that, and we're lucky we have a system in the NRL where we can do both. I have a bit of TAFE to do next season then I'll be finished."

The NRL has received Australian Government funding to promote the VET program and raise awareness of the opportunities that exist in trade and tertiary education and allow them to pursue dual careers and gather skills outside of being full-time athletes.

It is promoted not just through the NRL system but at under-16 and under-18 levels, including in the Victoria and West Australian representative teams, Australian Schoolboys championships and other league levels.

For more information go to www.myskills.gov.au

Here is a list of vocational education and training and tertiary studies Titans players are undertaking or have completed, which is a guide to what many clubs are doing: 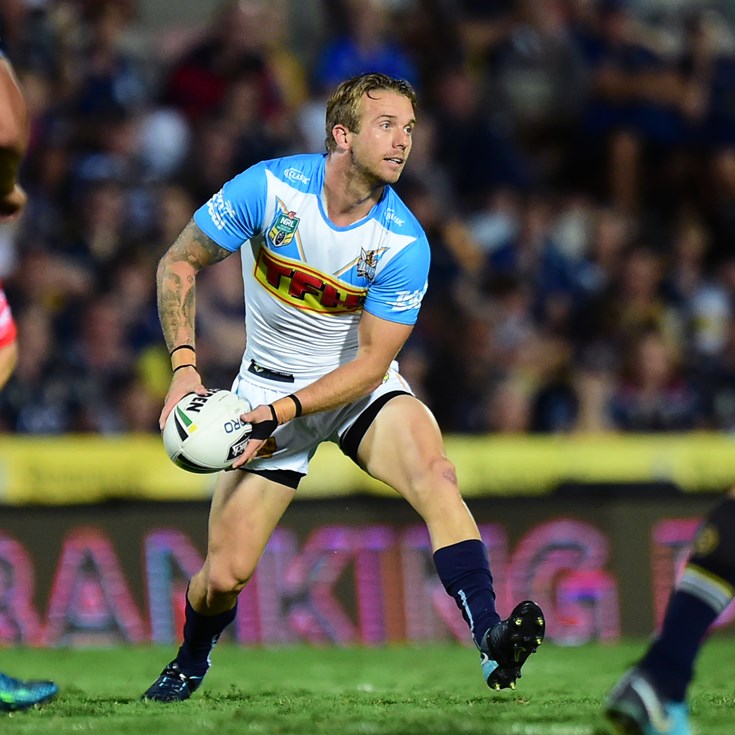