Moeaki Fotuaika's development as a footballer began at the end of 2016, when he was asked by Titans NYC coach Ben Woolf to trial for the Titans NYC side ahead of the 2017 season. Fotuaika was 16 years old the day he trialed, and was by far the standout on the day so Woolf signed him the very next day to a two year deal.

"Yeah definitely Woolfy's been big for me, he was the one that gave me the opportunity to come to the Titans in the first place," Fotuaika said

Fotuaika began 2018 at the Titans as a development player on a new four year deal playing with feeder club side the Tweed Heads Seagulls in the Intrust Super Cup with former coach Ben Woolf, but Titans Head Coach Garth Brennan soon upgraded the now 18-year-old to the top 30 man-squad as it became more apparent he would likely make an NRL debut.

"I'm forever grateful for everything he has ever done for me and the work that he has done for me. He gave me the opportunity to play for the 20's and also go back and play for him at Tweed and I'm just grateful that I was able to play under him and he's definitely taught me a lot."

Coach Brennan handed the prop forward his NRL dream in round nine against the Raiders where he went on to play the rest of the 2018 season, but the bustling rookie prop thinks it was the start of the year at Tweed that helped him the most to transition from Queensland Cup to the NRL. 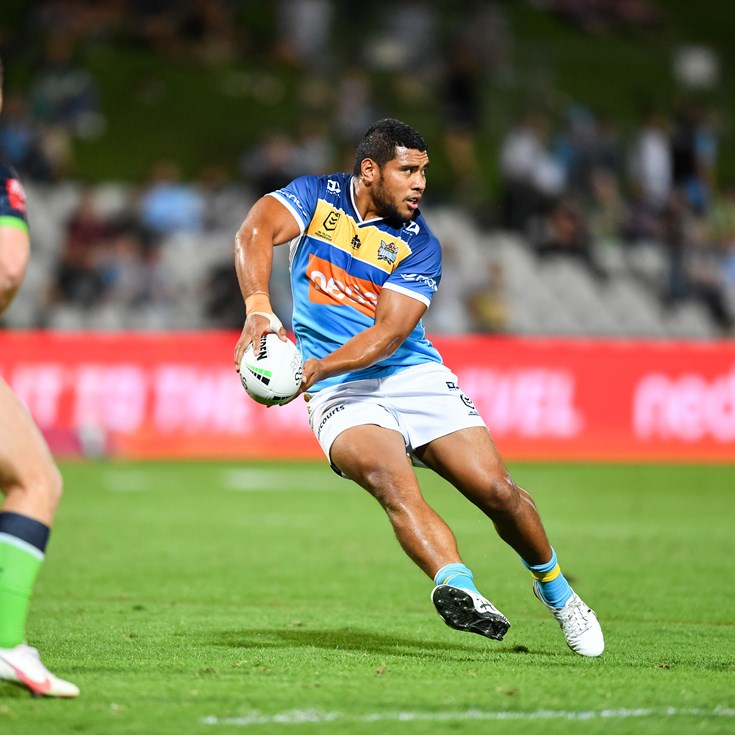 Bobbleheads a big hit with the Titans' Legion

Fit Fotuaika ready to lead from the front