The NRL have today donated $5,000 to charities of Ryan James' choice after winning the Ken Stephen Medal last month.

James was named the recipient of the prestigious medal at the Dally M Medal night, in Sydney, and part of the prize included the donation, of which he has chosen to split between the Titans Community Foundation and Starlight Foundation.

The Titans Community Foundation was launched earlier this year and strives to support local schools, charities and community organisations across our catchment area from Logan in the north, to Grafton in the south. The prop forward has chosen to donate $3,000 to the Foundation, to help fund the large range of programs the club runs and participates in.

"Ryan has been a leader in everything the Titans do across the community since he first came into the NRL," Titans Community Manager, Renee Cohen said.

"A lot of the time it is us going to players to see where they can help but with Ryan it is the opposite, he has ideas, he has plans for everything that he does.

"The donation will help assist with a number of programs the club runs as we continue to work with all people across our region."

As an ambassador for the Starlight Foundation, the 27-year-old does a large amount of work with them and this year even got his family and junior rugby league club involved, with a donation being made at the back end of the year. James was announced as an ambassador back in 2017 and has continued his work with young children who have been struck down by illness or injury. The $2,000 they receive from him winning the medal will go towards putting smiles on the kids faces.

"Whether it's helping Starlight launch our National Reconciliation Plan or heading out to Aboriginal and Torres Strait Islander communities through other organisations, Ryan is incredibly generous with his time, energy, and is passionate about the importance of being a positive role model both on and off the sporting field.

"Ryan's generous donation will help lift the spirits of over 50 sick kids and their families, by giving them access to our hospital services including Captain Starlight and the Starlight Express Room.

"We are so appreciative of having Ryan as a Starlight Ambassador and can't wait to see what 2019 brings." 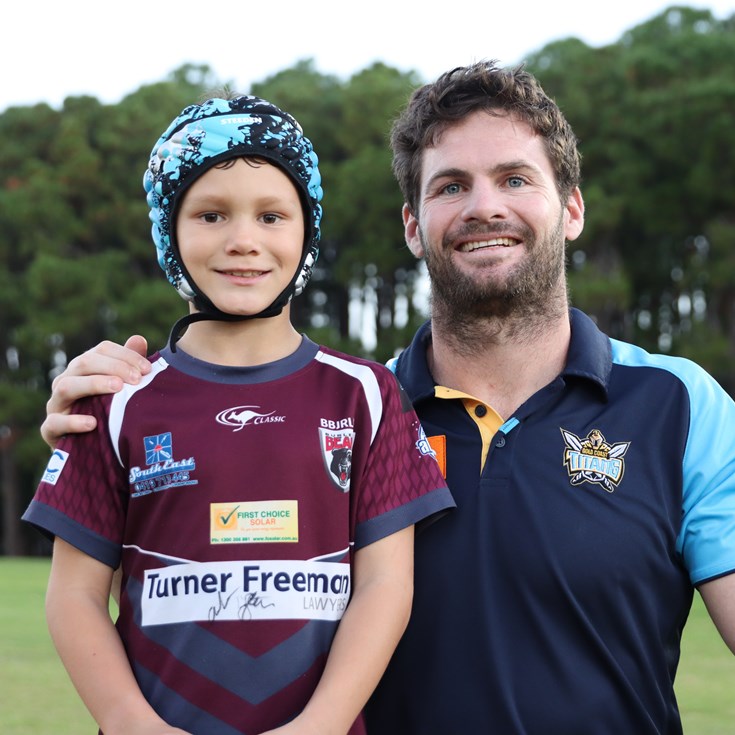 Presented By McDonald's 4 days ago
25