AUSTRALIAN co-captain Mitch Gleeson had no hesitation in declaring there were “three or four” contenders for the national Physical Disability Rugby League team after a hugely successful PDRL “Come and Try Day” at the Gold Coast Titans.

The dream of the Gold Coast Titans PDRL side playing in a full-scale competition took another leap forward, with the core group of established Titans players joined by a batch of new faces keen to share their passion for rugby league.

Titans NRL stars Tyrone Roberts and Brian Kelly helped Titans Development Manager Darren Robb put nearly a full squad of players through a quality training session at the club’s Parkwood base, with a high level of skill and athleticism on show.

Under the watchful eye of Titans Head of Performance and Culture Mal Meninga and club Executive Chairman Dennis Watt, the players worked on a number of skill drills involving things like passing, drawing an opposition defenders and evasion.

Gleeson, the Runaway Bay product who was co-captain of Australia’s PDRL team last year, said he was blown away by the first session of a regular training program for the Gold Coast Titans Physical Disability Rugby League (GCTPDRL) side.

“It was unreal. It was like a full-on, normal training session – just like a regular reserve grade or first grade training session. Skills and drills. It was great,” Gleeson said.

“There are five teams in Sydney – four of them with NRL teams, and one with Newtown. The only team in Queensland is the Titans.

“But, ability-wise, we would already be able to beat most of the teams down there. A lot of those guys (in Sydney) don’t train that often because they are from all parts of Sydney. As long as we keep training and keep improving, we will be very dominant.

“There are at least three or four here at the Titans that could make the Australian team, and that is just looking at them in the first training session today.

“Then obviously behind them, you have the guys who will improve with more training and get better. But certainly I can see at least four or five of these guys playing for Australia in the next couple of years.

“The growth of the competition is slow at the moment, because it is tough finding the guys to play. But that will grow with the Titans providing opportunities like this.

“It definitely has a lot of potential. There are a lot of good athletes out there. When you have a look at England, and what they are doing with Disability Rugby League over there, it is just unbelievable.”

Gleeson played for South Sydney in the first PDRL “World Club Challenge” match against Warrington last year, and said the PDRL program had exploded in England – laying down the challenge for rugby league in Australia to catch up.

“In England, they started the competition in February of last year, and pulled together a team to play South Sydney by September,” he said.

“They raised all the money to come out here, and that was the first World Club Challenge. Souths won the NSW comp, and Warrington were one of the best teams in the English competition – I think they won something like five out of their six games over there.

“So it became a World Club Challenge, and they ended up beating us down there at ANZ Stadium. That is where we want the Titans to get to.”

Gleeson has carried a life-long love of rugby league – despite his mother’s protests – and never considered his disability as an impediment to playing the greatest game of all.

“I got meningococcal when I was four,” he explains. “I was in a coma for 10 days – couldn’t walk, couldn’t do anything.

“It wasn’t until I was 12 that my mum finally let me play club rugby league. Nick my twin brother wasn’t allowed to play club footy, either.

“Eventually, a guy came knocking and said ‘mate, come and play for Runaway Bay’, and Mum couldn’t hold me back any more. I have been there ever since.

GCTPDRL team manager Callum Mitchener said the quality and competitiveness of the players involved in the “Come and Try Day” had been inspirational to watch.

“It is exceptional, a bar above even what I thought it would be with the turnout, the enthusiasm, and the motivation,” Mitchener said. “The backing of the Titans has been sensational.

“To be able to help these guys enjoy themselves and live their passion in an environment where they have always been knocked back from taking part is what is driving myself and everyone at the Titans to make this program a success.

“To have such a great club backing it, and with the quality of the people involved, why wouldn’t it be a success?”

Mitchener said regular training sessions for the GCTPDRL squad and an upcoming documentary on the ABC’s Compass program about the Titans’ PDRL team (screening on May 26) would spread the news further and drive greater participation.

“I think when people see that, see what is being achieved, and then come down and watch these guys train, you can’t help but want to be involved,” Mitchener said. “The more the word spreads among people with physical disabilities that they can be involved in the game they love, the greater this will be.” 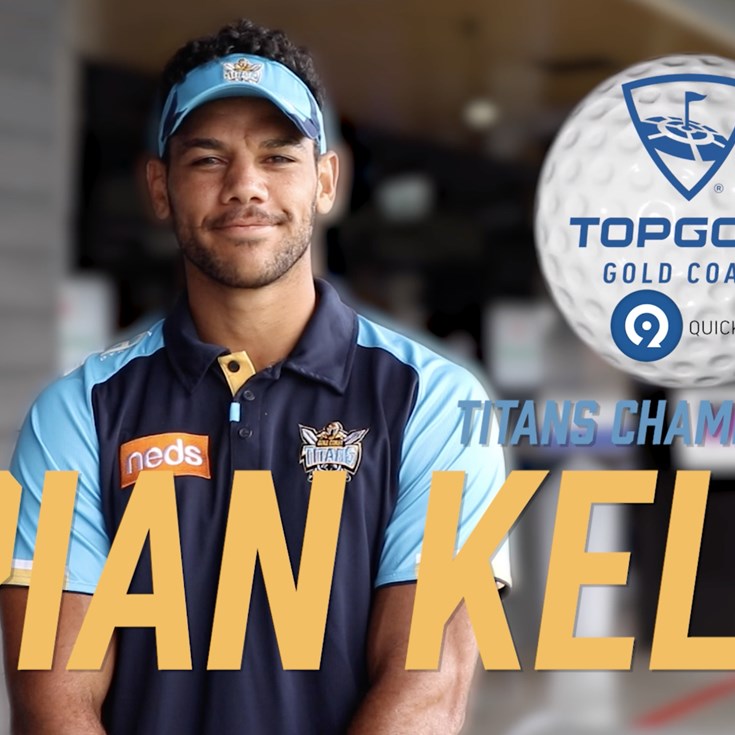 Presented By Village Roadshow 10 hours ago