Which clubs have the best goal-kicking depth leading into the 2019 Telstra Premiership season?

In 2018 there were 742 points missed through try conversion and penalty goals, at an average of 46.4 points per side.

With the top eight finishing in its closest ever fashion in 2018, any points on offer can later affect ladder positioning.

NRL.com crunched the numbers to highlight the challenges each club may face with the boot and ranked their depth.

Penrith will go into the 2019 season cherry-ripe of options in the goal-kicking department with Nathan Cleary and James Maloney slotting over 80% of goals in their career.

The pair shared the duties last season with Maloney (86%) outdoing Cleary (78.5%) throughout the year. The side found another suitable replacement during the representative period with Jarome Luai stepping up in their absence while they were on Origin duty.

The Raiders are blessed in the area of goal-kicking with an 82% strike rate as a club. Jarrod Croker will be the first-choice option for the Raiders with Sezer and Williams healthy back-up options. Croker is also chasing the record to become the youngest player under 30 to score 2000 points in the game and can do so with a big season in 2019.

Canterbury endured a difficult season in 2018 but unearthed arguably the next best sharp-shooter in the game in Rhyse Martin, who missed just two goals from 38 attempts. After losing Moses Mbye mid-year, Martin's emergence into first grade came with the added bonus he can play the full 80 minutes.

If he continues down this path of success, six points per try is almost a guarantee. Kerrod Holland, who had off-season ankle surgery, is the next best option at the club.

Michael Gordon is expected to resume the goal-kicking role with Ash Taylor proving a handy back-up option for the Titans, who have lost Kane Elgey to Manly. Gordon has hovered around the 78% strike rate mark in his past four seasons. The Titans are also boosted by the return of Tyrone Roberts, who kicked at 77% during his last stint at the club, though his spot is not as secure in the halves with Ryley Jack and AJ Brimson possible options.

The emergence of Jamayne Isaako in 2018 gives the Broncos a top line option at the club. Isaako's calmness under pressure saw him kick at an impressive 83% during his rookie season. Jordan Kahu and Anthony Milford will be his deputies with the side looking comfortable with their depth.

Adam Reynolds was noticeably down in conversions throughout the 2018 season, dropping to a 75% success rate - 7% below his career average. His biggest struggle came from both sidelines with just 25% of tries converted on the right side of the field. The left edge wasn't too much better with a 49% strike rate from the near sideline. Reynolds had a similar season in 2016 but bounced back to slot 88.1% of his goals in 2017. Injuries to Reynolds in the past have always left the Bunnies scrambling. Their next best option is Cody Walker, who last kicked in 2016, with Adam Doueihi still recovering from an ACL injury.

Gareth Widdop is on track for a return in round one following shoulder surgery and is no doubt to take conversions as the club's number one goal kicker. Widdop kicked at a career-high 83.9% in 2018, well above his overall average.

Zac Lomax proved more than capable during the Telstra Premiership finals series to slot 11 of 13 attempts and is likely to feature more regularly in the Dragons line-up this season.

Not only have the Sharks landed a handy replacement for Valentine Holmes but they picked up a decent goal-kicker in the process. Shaun Johnson arrives in the Shire and will likely become the club's first-choice option. Chad Townsend had the role last season before Holmes took over after his efforts in the Origin series. Both Townsend and Moylan should act as backup options. Josh Dugan has also kicked 23 goals in his NRL career if needed.

Mitchell Moses and Clint Gutherson are the chief kick options at the Eels. Moses is kicking at a handy 80% since joining Parramatta, well above his career average. Blake Ferguson slotted six from nine attempts at the Roosters in 2018 and could make a handy back-up if required. Dylan Brown is also an option for the side should he cement a spot.

Cameron Smith will resume his usual goal-kicking duties. Smith has noticeably improved on his career average in the last two seasons and slotted goals at 82.35% last season – his best year with the boot since 2011. Given the ironman effort Smith possesses each season, Cameron Munster and Brodie Croft have had limited experience but will act as back-ups to the champion hooker.

The Roosters have picked up former Knights playmaker Brock Lamb who missed just five goals across two seasons in the Hunter. Latrell Mitchell had his first full season with the duties in 2018 and kicked at 77 percent.

Sio Siua Taukeiaho is a handy backup for the club but his limited minutes means he's not always on the paddock. An unwanted injury to any of these players could force Trent Robinson to re-jig his side.

The Sea Eagles are well equipped for goal kickers. Trent Hodkinson is no guarantee to make Des Hasler's final 17-man squad in round one but is the club's most experienced sharp shooter. Whether he or Kane Elgey partners Daly Cherry-Evans in the halves could dictate who takes the conversions. Cherry-Evans is no slouch himself and kicked at 78.3% in 2018.

Esan Marsters is likely to resume duties after a solid rookie season with the boot with newly appointed skipper Moses Mbye a decent back-up option. Benji Marshall hasn't kicked a goal since 2013 when he was last at the club.

The Cowboys will go into the new season in foreign territory having lost goal-kicking wizard Johnathan Thurston to retirement. Jake Clifford finished with a 73% record in Queensland's Intrust Super Cup competition and could take on the role fulltime if he makes Paul Green's starting 17. Back-rower Ethan Lowe slots goals at a career average of 77.5% but found himself struggling for a spot at times throughout the 2018 season. Kyle Feldt is another fall-back option but overall it is a bit of a worry for Paul Green with the winger's 61% not exactly flattering.

The Knights have picked up former Warriors halfback Mason Lino in an added boost to their goal-kicking stocks. The club lost Ken Sio to the English Super League and Brock Lamb to the Roosters, leaving their options limited.

Most of their reliance will come down to Kalyn Ponga in 2019, who took on the role before handing over the duties after an off-night in Tamworth. Newcastle are being tipped by many to reach their first finals campaign since 2013 and it would be a cruel blow if goal-kicking dictated how things later pan out.

The Warriors are the biggest losers in the goal-kicking department following the exits of Shaun Johnson and Mason Lino. Only Issac Luke, who kicks at 70.6% and is no certainty to play in round one, is the club's most recognised option. Tohu Harris kicked eight goals over four seasons at Melbourne and may be club's first string option in the opening round. Potential halfback Chanel Harris-Tavita kicked at 65% in the Intrust Super Premiership throughout the 2018 season but is untested at NRL level. 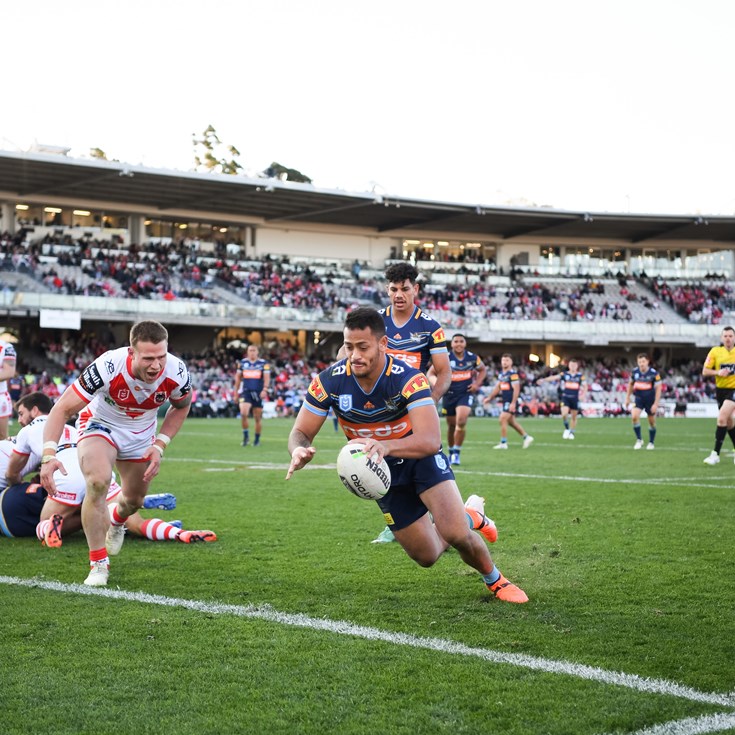