WINTER is coming, and so are the new-look Gold Coast Titans, who are set for a breakthrough 2019 season at Cbus Super Stadium.

After a gruelling off-season, for impatient fans and the players sweating it out in the summer heat, the countdown to the new NRL season will begin in earnest on Wednesday at 9am (QLD time) when tickets for all of the Titans’ 12 home games at Cbus Super Stadium will go on sale to the general public.

The Titans are ready to deliver on their potential after a couple of rebuilding seasons, with the addition of high-quality recruits Tyrone Peachey, Shannon Boyd, Brian Kelly, Tyrone Roberts and Ryley Jacks giving the Gold Coast new levels of class and depth.

As usual, every ticket to a Titans home game at Cbus Super Stadium comes with complementary public transport on special event train and bus services running to and from the venue.

And with another season of blockbuster matches scheduled, and a host of family-friendly start times, getting to Cbus Super Stadium to support your team has never been easier or more enticing.

The big matches start right from the kick-off to the season, with the Canberra Raiders squaring off against the Titans in Round 1 on Sunday 17 March. Don't miss out our exclusive NEDS pre-game show as the Australian music legend, Daryl Braithwaite will perform live from 4.30pm.

It may be St Patrick’s Day, but no one on the Gold Coast will be interested wearing green as the Titans look to replicate last year’s win over the Raiders at Cbus Super Stadium to kick-start the year.

The Easter Sunday showdown with the Newcastle Knights (Sunday 21 April, 2pm), and their brilliant Queensland young gun Kalyn Ponga, will be another big game for Titans fans to pencil into their diaries as “must-see”.

Our traditional blockbusters – local derby showdowns against the Broncos (Round 19, Sunday 27 July, 5.30pm) and the Cowboys (Round 12, Sunday 2 June, 4pm), and a shootout with the star-studded Melbourne Storm (Round 18, Sunday 21 July, 2pm) – again feature on a top-quality 2019 home-game schedule.

The Titans offer a range of ticket options to suit all budgets and requirements – from the casual Gold Coast fan to the “thru-N-thru” Titans tragics.

Becoming a Titans member is still the cheapest way to attend club home matches, with big savings for members across a range of ticket packages:

Single game option – An average 30 per cent saving on single-game tickets in the same category (across all game classes);

Flexible ticket bundles – Pre-purchase a ticket entitlement at an average 30 per cent saving for you to use as you choose across the year;

Four-game reserved membership – An average 40 per cent saving on each game when compared across single games (across all game classes);

Season tickets – Save an average of 60 per cent per game when compared across single games (across all game classes)
Titans members also enjoy an on-going 15 per cent off match-day tickets.

General admission tickets start from just $33 for families, with more savings to be had if you book your tickets online before the game.

For full details of Titans ticket pricing, packages, memberships and group ticket deals, go to titans.com.au/ticket or call the Ticketek call centre on 132 849. 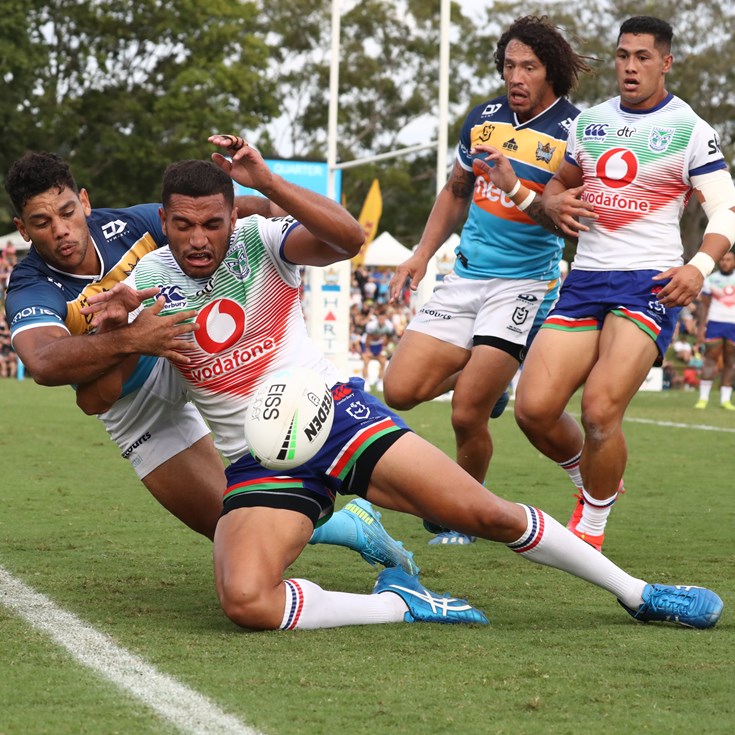 NRL.com | What worked, what needs work for each team after trials

Presented By Deadly Choices 17 hours ago