The final match of the opening round pits two sides desperate to make a return to September action after a couple of seasons in the wilderness.

The Titans finished eighth in 2016 and were sent packing in week one by the Broncos. In the ensuing two years they have struggled into 14th and 15th and won a total of 15 games.

The Raiders were on fire in 2016, finishing the regular season in second place and going all the way to the preliminary final, where they were narrowly beaten by the Storm. Since then the Green Machine has spluttered into 10th spot in 2017 and 2018.

The Cbus Super Stadium clash also pits ex-Raider Shannon Boyd against his former club and the Titans will be hoping the former Test prop is ready to rip and tear and churn out some big metres.

If Garth Brennan can get big minutes and big impact out of his starting forwards then the Titans can certainly push for a return to finals footy.

Titans: Ash Taylor, who had been in doubt all week with a quadriceps complaint, was a late scratching for the clash with AJ Brimson elevated to the halves alongside Tyrone Roberts. Dale Copley has been promoted to the four-man interchange. Ryan James has declared himself a certain starter for the clash after overcoming a knee injury. New recruit Tyrone Peachey has scored seven tries in his past six games against the Raiders. Mitch Rein and Keegan Hipgrave were cut from the 21-man squad on Saturday afternoon. Anthony Don was omitted from the reserves list an hour before kick-off.

Raiders: Dunamis Lui will start with Sia Soliola coming off the bench, otherwise the Green Machine is 1-17. Joey Leilua (hamstring) and John Bateman (side strain) have been declared fit to play. The Raiders require just six points for 20,000 points scored since entering the premiership in 1982. The two players cut from the squad 24 hours before kick-off were Luke Bateman and JJ Collins while Jack Murchie and Sam Williams suffered the same fate an hour before kick-off.

The battle of the playmakers is always critical but the one to watch here could be former Blues No.9 Nathan Peats matching motors with the crafty Englishman Josh Hodgson. A torn ACL suffered at the 2017 World Cup kept Hodgson sidelined until round 15 last year and his absence was sorely felt in the national capital. They won three of their first four upon his return but had conceded too much ground to the leading contenders. Peats played all three Origins for NSW in 2017 and will be keen to hit the ground running as he looks to stake a claim for the jersey currently in the hands of Damien Cook.

They need a bumper crowd to roll in for round one and create an intimidating environment which will throw the Raiders out of their rhythm. And they need to find a strike weapon who can get to the tryline more regularly. The reliable Anthony Don (15 tries) and Phillip Sami (14) led the way in 2018 but it's time the inside men supplied enough quality ball for a centre or winger to bag 20-odd tries in a season. The club record still stands at 16 tries in a season (David Mead 2011, James Roberts 2015) and it's high time that was broken.

For the Raiders to win

Play field position all day long and let Hodgson do his stuff from close range. If Aidan Sezer and Jack Wighton have their kicking game in order and pin the home side deep in their own territory, they can crank up their defence and force errors. With Hodgson calling the shots, the likes of Nick Cotric, Joey Leilua and Jarrod Croker should latch on to plenty of quality ball and we've all seen what the Green Machine can do when it slips into overdrive. Only South Sydney (582) scored more points than the Raiders (563) last season.

The Raiders have to find a way to win close matches. In games where the margin was fewer than six points last season they lost eight and won only three. When these two sides met in the opening round in 2018 the Raiders let an 18-0 lead slip away before going down 30-28.

Both sides will play a lot of football and ask a lot of questions. I would like to see the Titans be a bit more consistent and be a top-eight side, I would love to see them in the finals. Having Mal Meninga up there will breathe a bit of confidence into the whole club. For the Raiders, I'm very excited with the prospect of Jack Wighton playing at five-eighth. He's a wonderful running player – he reminds me a lot of Laurie Daley's frame as a running back who can take on any defender. Titans by 4

Of the eight teams that failed to make the finals last year the Titans conceded the second highest amount of penalties with 218, at an average of nine penalties per match. Interestingly, the only non-finals side to give away more penalties in the regular season was Canberra (225 penalties).

The Raiders' potent attacking skills produced 111 line breaks in 2018, third best in the NRL behind Souths and Cronulla. Powerhouse winger Nick Cotric was responsible for 20 of those line breaks and he'll be a constant danger to the Titans' defence.

Add your team's draw to your calendar 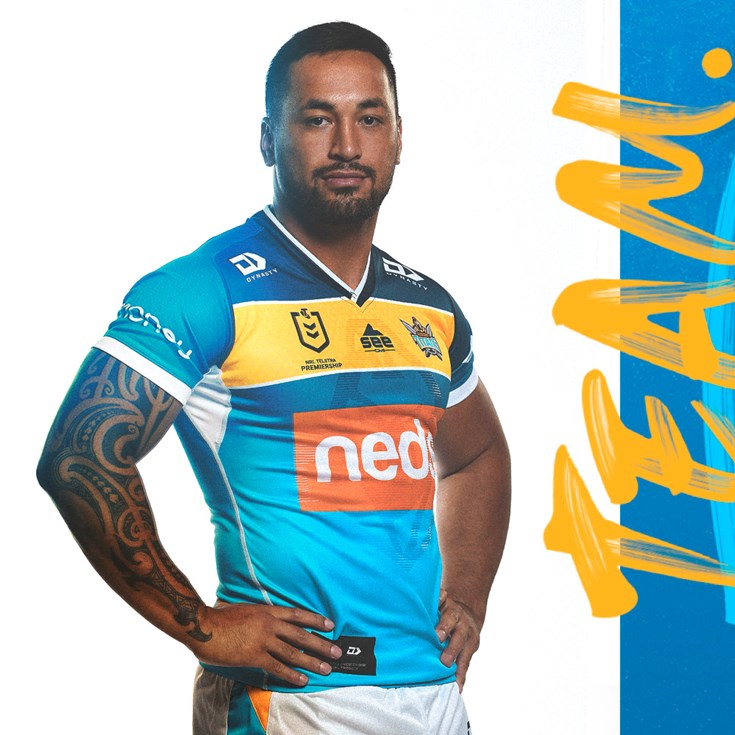 Presented By Village Roadshow 4 hours ago

Presented By Sportsbet 4 days ago