It's the drill that Titans players dread most, and the one Max King missed more than any other.

Preparing to make his NRL return after a fourth shoulder reconstruction, the 21-year-old knows sitting on the sidelines can be just as painful as being belted by your teammates.

It's called the 'Suicide Run' and given what players must willingly subject themselves to, it's an apt description.

Like a no-holds-barred game of bullrush, players run one out into four waiting defenders with the aim of finding their front for a quick play-the-ball.

Do that and you stand and plough into the next quartet of heavy hitters eagerly anticipating your arrival.

And once you drag yourself off the canvas there's a third line ready to get stuck in.

On Tuesday back-rower Kevin Proctor was left stunned by a heavy shot; fullback Michael Gordon had to sit out after copping a stray elbow to the sternum.

When you run out in round one will your teammates know that they can trust you to sacrifice yourself for the good of the team?

Are you willing to pay that price?

Throughout his injury rehabilitation King would have to step aside when the going got tough so took some bizarre pleasure from such a physically demanding session prior to facing the Raiders.

"It's something that everyone dreads but you dread it for a reason. Once it's on everyone's 100%," King tells NRL.com.

"You're running at four defenders, they're tighter than usual, they're fresher than usual and you don't want to be found out in front of your teammates and the coaches.

"Transitioning back into the playing squad is hard because you're in the team but there are some things you can't do.

"You're jumping out of the way doing double-hand touches trying to look after your body a bit so in some ways you feel like you're letting the boys down.

"When the going gets really tough, you're sticking your hand up saying, 'I'm out'.

"We'll have an ice bath or a shower after the session and the boys might be talking about how tough it was and you can't really have any input into that because you're getting babied a bit.

"Everything leading up to it you're dreading, but when you're actually in it the competitiveness kicks in and it's actually good.

"You come out unscathed and you do feel better for it, like your body is ready to go for Sunday."

According to prop Jarrod Wallace, in many ways the drill represents a tougher challenge than what they will face once they get onto the field.

"It is in a way because the boys want to whack you," Wallace explains.

"You want to have a bit of fun and jam someone and also in a game you're not going to take three hit-ups one after the other.

"By that third run it is quite hard.

Named on the interchange bench for Sunday, King has shown no ill effects from his shoulder surgery in two impressive trial performances against the Cowboys and the Broncos.

King says that he is just as excited to play this week as he was on debut two years ago.

"Time away from football… I didn't take it for granted but it becomes a regular weekly routine, playing NRL," says King, who hasn't played since round 14 last year.

"In some ways I felt as though I had to lose it all to be able to fully appreciate it." 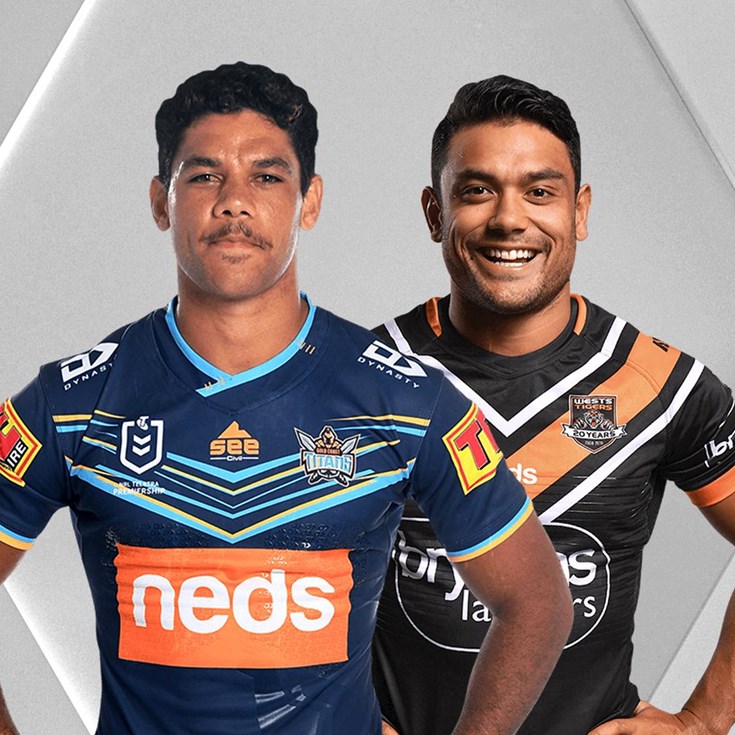 Sami Needs To Talk Himself Up