The Titans' horror start to the 2019 season has plunged to new depths with confirmation that hooker Nathan Peats will miss up to three months with a torn pectoral muscle.

Winless through two rounds and with their first-choice halves still another week away, the loss of Peats is another cruel blow to coach Garth Brennan who will now turn to former Dragon Mitch Rein as his starting hooker against the Rabbitohs on Sunday evening.

Peats completed Thursday morning's training session without any issues but suffered the injury during an extra gym session in the afternoon, ruling him out of the clash with his former club on Sunday and for the immediate future.

"Nathan was doing some extras in the gym yesterday and unfortunately it appears he has partially ruptured his pec," Brennan confirmed on Friday.

"We'll have a scan done on it early next week and find the full extent of it from there.

"The fortunate thing is that it is not a complete rupture of the pec, it is a tear so how significant that tear is we'll know a bit more next week.

"I'd be only guessing but talking to the medical experts they're saying best case scenario is six weeks. If it needs an operation it could be from 10-12 weeks."

The injury to Peats thrusts Rein to the top of the Titans' hooking ranks and with the responsibility to spark the side's flailing attack.

Yet to make an appearance in 2019 after an injury-disrupted pre-season, Rein played all 24 games for the Titans last year to take his tally to 161 NRL games since his debut in 2011.

He started in the four games that Peats missed last year with broken ribs and having been recruited by Brennan from the Panthers has the full faith of his coach.

"Mitch Rein has played over 100 first grade games, I brought him here to the club because I know how good he is and how good he can be," Brennan said.

"I know he's champing at the bit to get out there and play and I know he'll do a really good job.

"We're a resilient bunch here at the Gold Coast Titans and the good thing is we've got some guys who will come in and hopefully do the job."

The Titans have managed to score just one try in losses to the Raiders and Sharks, forcing Brennan to publicly question whether there was belief within the squad to turn it around against the undefeated Rabbitohs.

"I challenged the guys yesterday about whether the belief was still there," said Brennan.

"I said in the press conference last week that I thought our players were hoping to win rather than believing they can win but they reassured me yesterday that they believe we can win.

"That's the right mindset I want from my team." 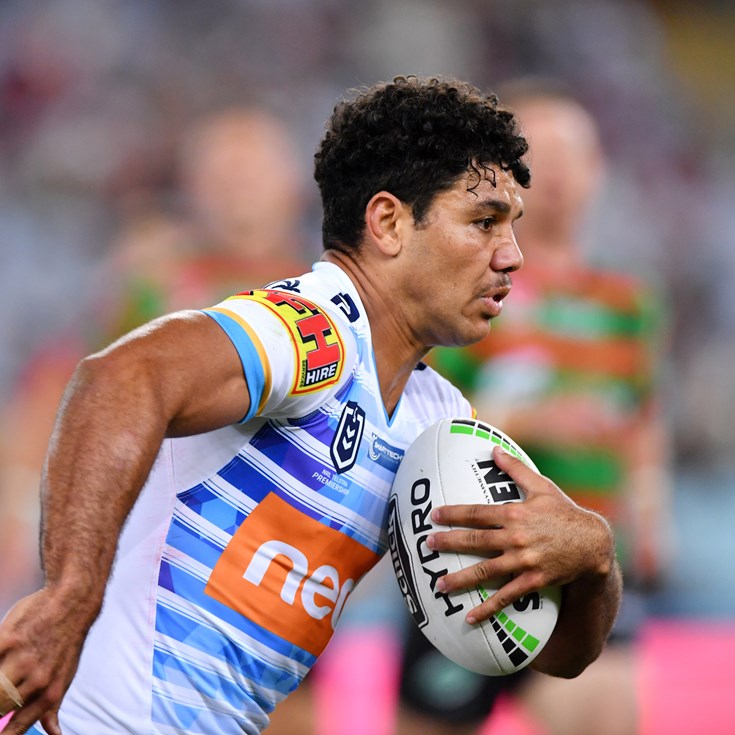 Brennan sticks with same 17 for Rabbitohs