Jasmine Williams is the embodiment of the Titans’ RAPT values of being Resilient, Accountable, Proud and Trustworthy.

The inspirational 26-year-old is a proud Titans Member, Gold Coast born and bred, and tries to get to every game at Cbus Super Stadium to cheer on her beloved team.

As an Australian Special Olympian, she knows what a difference support can mean to success at the highest level of sport.

In March, Jasmine was one of 7000 athletes with an intellectual disability from 170 nations competing in 24 sports competing in front of 500,000 spectators at the Special Olympics World Summer Games in Abu Dhabi.

The event takes place every four years, and in 2019, Team Australia was represented by 105 athletes across 11 sports including athletics, basketball, bocce, bowling, equestrian, football, golf, gymnastics, sailing, swimming and tennis.

Jasmine, who has Asperger’s Syndrome, was one of Australia’s shining lights – winning the silver medal in the 200m and 400m athletics events, as well as the bronze in the 4 x 100m women’s relay team.

She is coached by legendary 1984 Olympic heptathlon champion Glynis Nunn.

Today she talks to the Titans about her incredible achievements, and about what it means to be a Titans fan.

Thanks for meeting with us Jasmine, and congratulations on your achievements at the Special Olympics World Summer Games. Of all the events you train for, what is your pet event?

What got you into athletics?

I began gymnastics at an early age, and always had a passion for competitive sport. After a few years of gymnastics, I turned my attention to athletics as I had some natural ability and really stuck with it. It has kept me motivated throughout the last couple of years especially, and has allowed me to be part of some special memories such as attending the World Championships as well as the Special Olympics World Summer Games.

What is your career highlight so far?

Going to the World Games in 2019, and touring Abu Dhabi as part of the Special Olympics World Summer Games with my fellow athletes. We went to kids’ schools promoting athletics, a healthy lifestyle and how to be role models amongst the local community.

What are your goals in the short term?

I reached my goal when I was fortunate enough to be part of both the World Championship and Special Olympic Australian teams. These goals were something I had set for a very long time and it was great to share the experience with my family. For the next while, I look forward to improving my athletics in general and learning hurdles, which I hope to one day compete in.

Where are you based and do most of your training?

I am born and raised on the Gold Coast. I do most of my training from the BLK Super Sports Centre in Runaway Bay. I train mostly four days a week.

Who are some of your mentors that have helped you along the way?

What is your favourite thing about being a Titans Member?

Definitely attending the games and supporting the team from the grandstand. I try to never miss a game, and enjoy hanging out with friends and family who attends the games with us.

Running down to the fence line and taking photos with the players post-game.

If you could give one piece of advice, what would it be?

Never give up, no matter the circumstance, and always do your best

Three people you would invite to dinner if you had the chance?

Sally Pearson, Ed Sheeran and Jarrod Wallace – because of his humour and friendliness 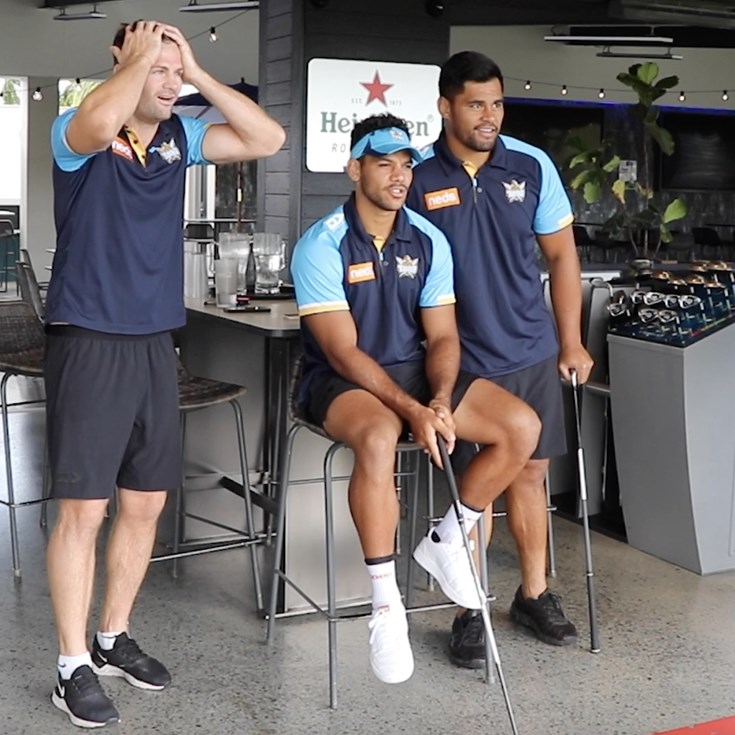 Presented By Village Roadshow 2 days ago
10:16

Presented By Village Roadshow 4 days ago
00:33

SEE Civil Play of the Week - Round 5

Presented By See Civil 5 days ago

Peachey's attacking threat could help him lock in new deal