Gold Coast coach Garth Brennan has stuck with a winning formula, selecting the same Titans 17 that defeated Manly in Sydney last weekend to round up the Cowboys this Sunday at Cbus Super Stadium.

Brennan made a number of changes to his starting line-up last week following the late withdrawal Jai Arrow with a quadriceps injury. Both Keegan Hipgrave and Jai Whitbread were elevated to the starting side against the Sea Eagles, with Bryce Cartwright moving back to the interchange bench and Jack Stockwell coming into the squad.

Cartwright and Tyrone Peachey will again come off the interchange bench for Sunday’s clash with the Cowboys.

Burleigh junior Jai Arrow will be the only Titans player unavailable due to State of Origin selection, with Whitbread to again start in the lock position.

There are still plenty of tickets available for the Queensland derby against the Cowboys, with fans encouraged to pre-purchase their tickets through www.titans.com.au/ticket.

The Titans and partners XXXX are also offering a special ticket offer called the “Big Queenslander”, which includes a premium seat for three blockbuster derby games against the Cowboys (2 June), Storm (21 July) and Broncos (27 July) at Cbus Super Stadium. Click here to take advantage of this great offer. 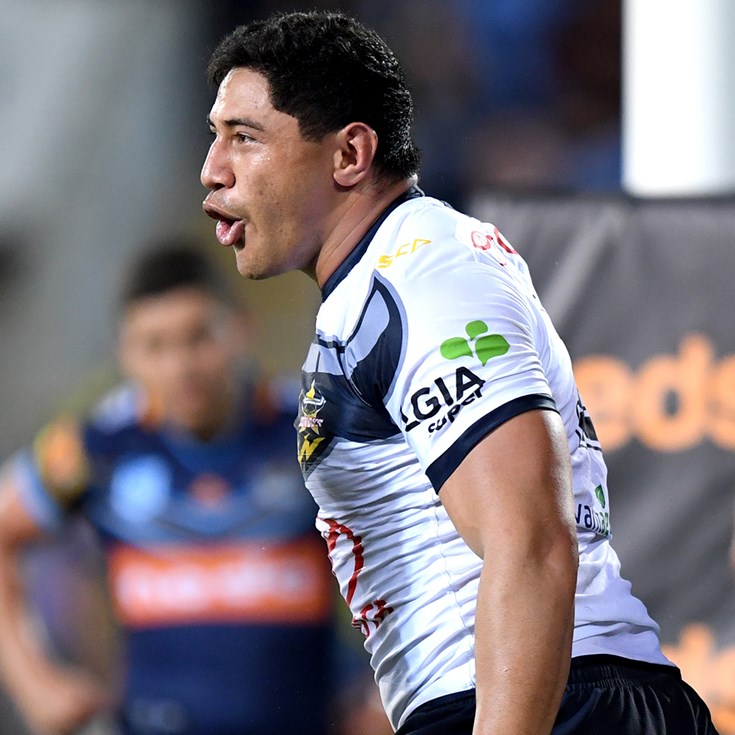 Cowboys name side for Sunday's clash