A late comeback fell just short for the Gold Coast Titans who suffered a narrow 24-20 loss to the New Zealand Warriors on Friday night at Cbus Super Stadium.

In a tight encounter, the sides went into the half-time break locked-up at 12-all before the Warriors shot out of the sheds to take a 24-12 into the final stanza of the match.

The Titans mounted a late comeback with AJ Brimson crossing in the 76th minute of the match to put the home-side within four-points but they were unable to cross again and the two-points went to the Warriors.

We’ve broken down the contest and highlighted six key features of the contest:

Jumping Jacks – In his second-consecutive start at halfback Ryley Jacks combination with Tyrone Roberts continued to develop and the two halves combined well to guide the Titans around the paddock. Jacks was rewarded for his efforts in the 23rd minute crossing for his first try in Titans colours after a nice run-around play with Jarrod Wallace.

Kelly Crosses – On the back of a stellar performance last week against the Broncos, Titans centre Brian Kelly brought his scintillating form into the contest and was a handful on the Titans left edge. The powerful centre added to his try tally completing some razzle-dazzle footy on the last play to cross in the 26th minute.

Walking Wounded – The Titans went into the contest without the injured Kevin Proctor and their second-row forward stocks took a bigger hit losing Tyrone Peachey and Jai Arrow in the opening half. Peachey went off in the 12th minute with a pectoral/shoulder injury, while Arrow was forced from the field after suffering a left ankle injury in the 27th minute, which could put him in doubt for the second State of Origin game.

Forward Fire – Down to a two-man interchange the Titans needed their big men to fire and Moeaki Fotuaki and Jarrod Wallace led the way up-front with interchange forwards Jack Stockwell and Shannon Boyd following suit. Wallace topped the run-metres count for the Titans with 181 running metres while Boyd, Stockwell and Fotuaki supported with some dynamic charges to bend the Warriors defence back. With the Titans trailing 24-20 with two minutes remaining, Boyd produced one of the plays of the nights with a one-on-one strip to get the ball back for his side and put them on attack.

Carty Party – In arguably one of his best performances of the season, Bryce Cartwright tried his heart-out for the side and was at his dangerous best down the right edge. Cartwright took the ball to the line and produced some great offloads to get Jesse Arthars in the clear on multiple occasions but the side was unable to capitalise on the opportunities. His efforts in defence were solid as well with the second-rower topping the tackle count for the side with 40, which would be sure to please coach Garth Brennan.

Brimson Burns them – The Titans dynamic fullback was at his speedy best all night and with the game on the line he put his foot down to charge through the line in the 76th minute and showed great pace to get to the try-line and reduce the deficit back to 24-20 with four minutes remaining. The youngster was heavily involved in the Titans last attacking set but his grubber ahead of the line was cleaned up by his opposite number Roger Tuivasa-Sheck.

With the representative round next week, the Titans will have the week off before coming back to Cbus Super Stadium to take on the Manly-Warringah Sea-Eagles on Saturday 29 June. 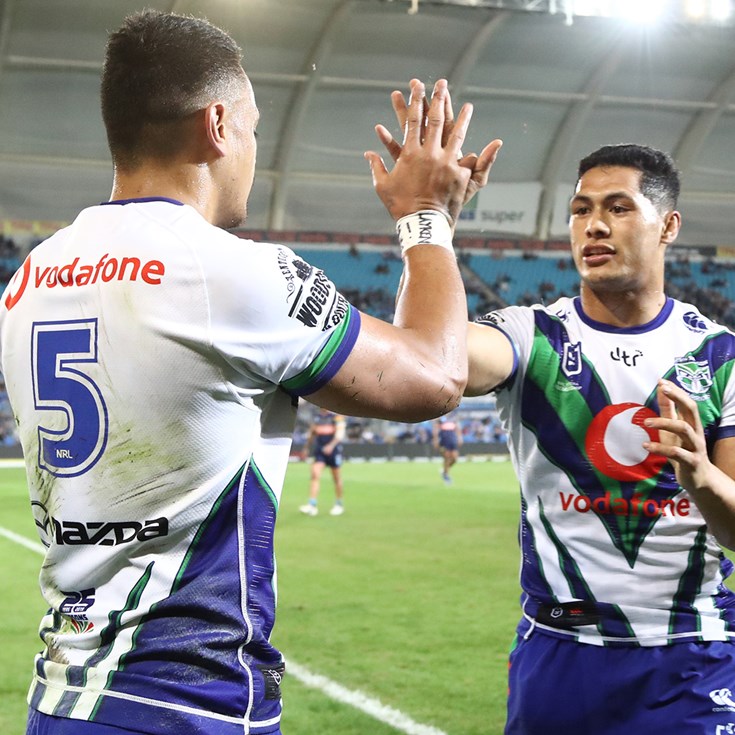 Titans and Warriors to play for Zae Wallace Shield