Titans halfback Ash Taylor has been cleared to make his return to rugby league, and will turn out this weekend for the Tweed Seagulls in the Intrust Super Cup to continue his progression back to the NRL.

Taylor was granted time away from the game by the Titans to deal with some personal issues, but has been back at training with the Titans squad and been given the green light from specialists to return to playing with the Seagulls in the ISC clash with the Capras in Ilfracombe.

WATT: We are not moving anywhere

Titans Executive Chairman Dennis Watt said the Club was resolute in its support of Taylor, and commended the halfback for setting the example for young men struggling with mental health issues by asking for help when he needed it.

“We will maintain the level of support around Ash,” Watt said. “He is doing everything he can, but this is very much a team effort (to support him ) as an individual and as a player. He knows we are there in the fight with him.”

Watt said the Club was hopeful of seeing Ash back in Titans colours shortly.

“He would certainly be knocking on the door with a strong game this week – if he plays with confidence, which I expect,” he said.

“As you know, he has a full array of skills. At his best, there are few playmakers in the game who can actually match it with Ash.

“I wouldn’t expect anything too spectacular on Day 1. Just so long as he plays confidently and strongly, and is happy with his own performance.”

Watt said the Titans fans and the general public needed to share the Club’s patience with Taylor as he works his way back to the NRL.

“I see even in the AFL there have been a few people there taking time out of the game,” Watt said.

(Professional athletes) are subjected to enormous pressure these days. The eyes of the world are very much upon them.

“Sometimes when other things aren’t going right in your life, the weight of those expectations is magnified.

“I would just ask for patience. Just remember that he is a very decent young man who is giving his best for this club and for this game of ours.” 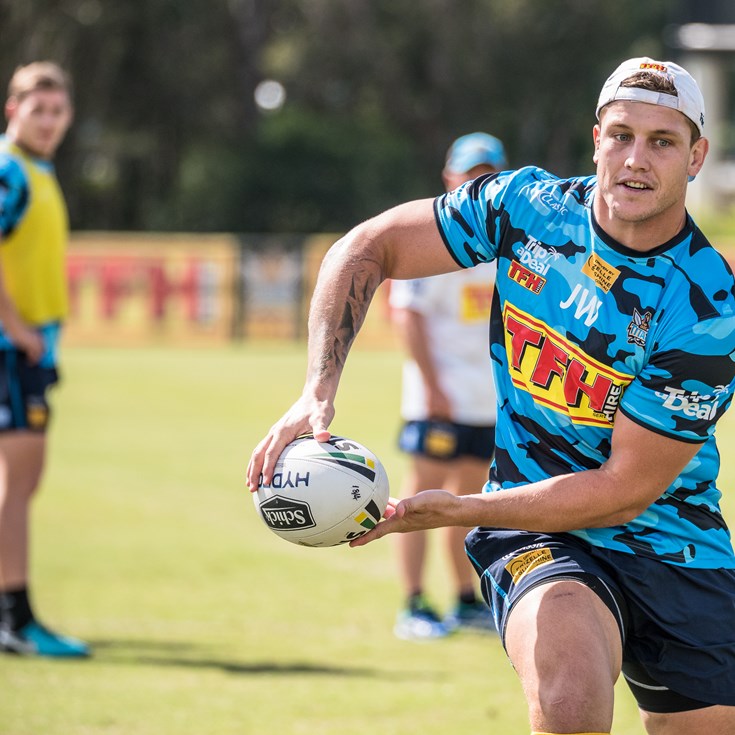