The Titans have been swamped by a tidal wave of applications for the inaugural Gold Coast Titans Women’s Invitational Match to be played at Cbus Super Stadium on Saturday 7 September.

Applicants from as far away as the Northern Territory, far north Queensland and Sydney have put their names forward to play in the match, which will act as a curtain-raiser to the Titans Round 25 NRL clash against the Dragons.

The Titans sent a call-out to female players aged 18-years and over who are currently registered rugby league players to apply for selection for the event, which will celebrate the game’s growth on the Gold Coast.

The response was incredible, with a host of current women’s rugby league representative players among those putting up their hand for selection to get the chance to pull on the Titans jersey.

“We know through the work that we do in the Titans’ pathways and development program that the Women’s Invitational match would be popular, but I don’t think anyone was expecting the amazing response that we have had,” Titans Operations and Events Manager Dannette Taylor said.

“We had 85 applications in the first weekend of the match being announced, and that number almost doubled in the next two days. The response has been phenomenal.

“Women’s rugby league is very strong on the Gold Coast, lead by the terrific work being done by our affiliate clubs Burleigh Bears and Tweed Heads. But to have had such a response from so many different locations is real show of strength for the women’s game and the work that the Titans are doing.

“We have had applications from Thirlmere – about 90km south-west of Sydney, Corrimal – just north of Wollongong, Leeton in western NSW, Tannum Sands, Mackay, Hervey Bay, Bundaberg, Cairns and Darwin, and obviously a massive response from the Gold Coast, Northern Rivers and Brisbane.

“It is a great show of strength for women’s rugby league and the Titans.”

It is not too late to register your interest to play in the Gold Coast Titans Women’s Invitational match. As long as you are aged 18 or over, and are currently registered as a rugby league player, you have the chance to play for the Titans at Cbus Super Stadium. Click here to apply now. 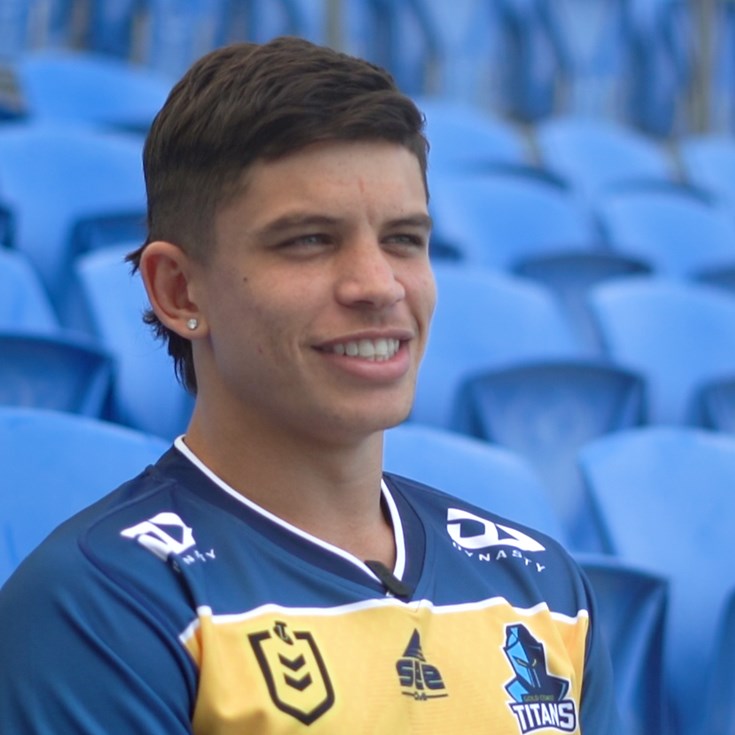 AJ Brimson on the new generation of Titans