It's been the season from hell for Dragons coach Paul McGregor.

He lost Jack de Belin at the start of the season, Gareth Widdop went down in round three, while James Graham, Tyson Frizell, Corey Norman, Korbin Sims and others were all sidelined at various stages with injuries.

Once they fell into a slump the Dragons never dug themselves out. If they'd just scraped home for a few more wins they'd still be fighting for a finals berth but that ship has well and truly sailed.

The Titans have lurched from bad to worse over the past few weeks and need to take more pride in their performance as a team.

Dragons: Blake Lawrie and Zac Lomax have been left out of the squad to face the Titans. Lawrie suffered a nasty knock late in the side's loss to the Eels, while Lomax was suffering from a hamstring strain. The Dragons have scored 96 points in their past two games against the Titans. They will line up 1-17 as named on Tuesday, with Tristan Sailor and Josh Kerr the last players cut before kick-off.

Titans: Ash Taylor is out, replaced at five-eighth by Tyrone Peachey. Nathan Peats (knee injury) is also out, with Mitch Rein to start at hooker. Peats and Anthony Don were the two players to drop out of the squad 24 hours before game time. Leilani Latu has been promoted from the reserves to the bench, while Treymain Spry was omitted an hour before kick-off. The Titans have conceded 208 points in six consecutive losses.

Throughout the Dragons' dire season, inspirational hooker Cameron McInnes has been one player who has never given up. He's pitted against rugged rake Nathan Peats, who is also a tackling machine.

For the Dragons to win

They've tightened up defensively in recent weeks but have hit the wall offensively. Playmakers Norman, Hunt and Widdop have to do a better job of actually making plays, Tariq Sims and Tyson Frizell need to live up to their reputations, while Tim Lafai has to step up and prove he deserves to keep his spot.

If last week's hammering from the Roosters doesn't stir some pride and passion in the Titans then it's hard to imagine what will. They have five games remaining in what has been a wretched season and should at least try to finish as strongly as possible for the sake of their fans.

Both teams need to show something looking towards 2020. The entire coaching staff of both clubs are probably coaching for their future just as the players are. Gareth Widdop has been a good servant to the Dragons and they will be looking to send him off well. In saying that, I can’t find any reason as to why either side will play well. Dragons by 2

Paul Vaughan is one tough hombre. The Dragons prop made one of the more memorable defensive plays of 2019 with his one-handed tackle on Parra's Clint Gutherson last Sunday. Vaughan had just dislocated his finger when Gutherson broke into the clear and a try beckoned if Vaughan hadn't grabbed a handful of his jersey. The finger is back in place and Vaughan is expected to play on Saturday. 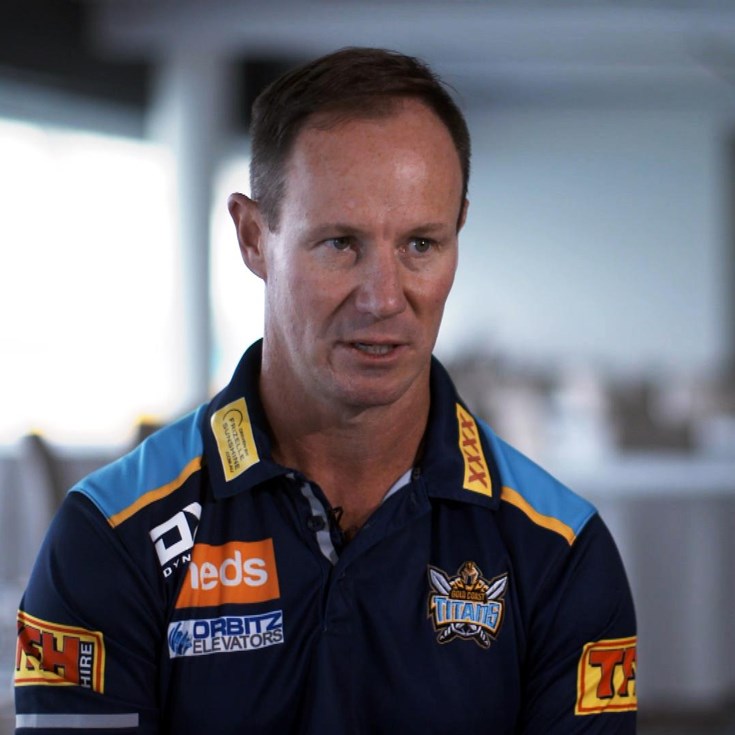 Holbrook urges Titans to move on after 'devastating' loss of James