Parramatta can keep touch with the top four by downing a Titans side playing for nothing more than pride.

The Eels sit sixth - two points away from the fourth-placed Rabbitohs after defeating Newcastle last weekend.

On the flip-side, Gold Coast's woes extended to seven straight defeats with last week's 40-28 loss to the Dragons.

Given the battle for fourth spot is so tight, Parramatta can't afford to drop this match if they want a second crack in the finals.

Racking up a hefty score would help their cause tremendously - all the more reason for the Titans to hang tough and show incoming coach Justin Holbrook they're willing to fight.

Titans: The Titans have made a few late changes with Moeaki Fotuaika and Nathan Peats brought into the run-on side with Jai Whitbread relegated to the bench and Jarrod Wallace left out due to personal reasons. Anthony Don has been omitted. Tanah Boyd and Latu were the two men omitted from extended squad on Thursday. The Titans have achieved their best winning record against the Eels (61.1 per cent).

Eels: Junior Paulo is out of Parramatta's team to face Gold Coast on Friday night with Daniel Alvaro elevated to the starting side in the front row. Paulo was ruled out after rolling his ankle at training. Tepai Moeroa has been brought onto the interchange from the reserves while Will Smith has also been dropped from the team an hour before kick-off. George Jennings and Stefano Utoikamanu were omitted from the squad 24 hours before kick-off. The Eels have not won at Cbus Super Stadium since 2014.

Jai Arrow is far and away Gold Coast's most valuable player and the non-stop lock will be integral to his team's hopes. Parramatta's Nathan Brown also has an insatiable appetite for work and is a leader of the Eels pack.

With limited cattle, Gold Coast don't have a lot of points in them against top-eight sides - so a boilover will likely come on the back of committed defence. Parramatta have a tendency to clock off in patches and the Titans must capitalise on any lapses.

For the Eels to win

If they wear down the Titans' middles quickly, Parramatta will trundle downfield with ease and get into scoring positions. And with their strike out wide, the Eels should find the stripe regularly.

The Titans scored a lot of points in attack last week, but once again they conceded too many. The big thing they need to do is work on how to defend. It looks like there are not many players having a go for them. I can’t see that changing this week. It’s a big game for Parramatta – top four aspirations are still there. The next four weeks for them are about finding their best style of football and having consistency. Eels by 10

Parramatta love to promote the footy. Brad Arthur's men rank third in the league for offloads (230), with skilful prop Junior Paulo passing in contact a team-high 44 times (4th in the league).

The Eels have beaten the Titans in the past two clashes between the sides but Gold Coast hold the advantage overall, winning 11 of 19 matches. 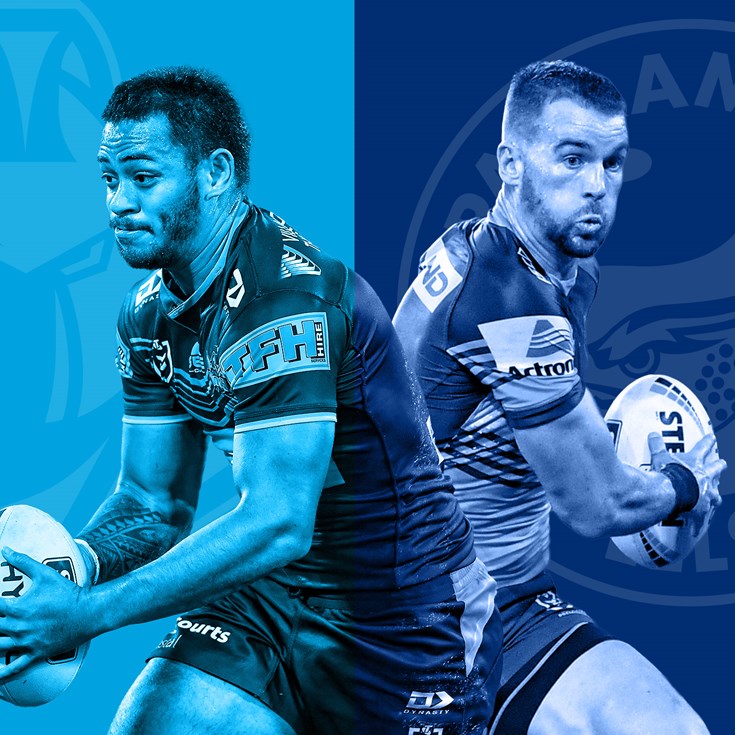