With the Intrust Super Cup and Hastings Deering Colts finals now upon us, there is plenty interest in who is facing who and where, and also; which players are eligible to feature in the finals.

At the start of the season, eligibility criteria was outlined in the Queensland Rugby League statewide competitions operations manual.

Unlike the regular season, a player is not able to play in the finals of two different competitions on the same weekend (see Izaia Perese for the Broncos and Redcliffe in Round 21), unless the lower team has played first (refer to section 11.9 in the operations manual).

The relevant section regarding all finals eligibility rules can be referenced under Section 11 – Eligibility – fixtures and finals.

There are four eligibility categories for final series qualifications:

Qualification starts at the beginning of each premiership competition and ends on the completion of each competition’s premiership rounds. A player is deemed eligible for the final series of the competition where they have played the majority of games throughout the premiership season.

If a player has participated in an equal amount of premiership competition matches in multiple levels of competitions, the player shall be deemed qualified for the lower level.

This is where things get interesting ...

If a player has not played a majority of games in a particular competition (or has not participated in five Level 1, Level 2 or Level 3 games or one Level 4 game), they will not be eligible for finals - unless the higher-level team is still competing, but has a bye in their relevant final series, then players are eligible to play for the lower level team, provided they have played at least one match for the lower level team during the regular season.

A higher-level qualified player who has failed to gain selection in that team is deemed eligible to play in a lower level finals series provided they have played at least one (1) regular season match at the lower level.

A player whose team is eliminated from a higher-level competition must have played a minimum of one (1) finals series match to be deemed eligible to continue in lower level finals series, therefore eliminating any of the previous eligibility rules.

In practical terms – teams like the Easts Tigers would not have been able to name a Melbourne Storm contracted player such as Brodie Croft in their finals side, even if he had not been selected in the NRL side this weekend as he has not played any Intrust Super Cup this season.

However, the Burleigh Bears are entitled to name Anthony Don (which they did in the team lists) as even though he has only played three Intrust Super Cup games so far and 17 in the NRL; he was not named in the 17 for the Gold Coast Titans (higher ranked competition) for their final round match this weekend.

Statewide Under 20 player examples at a glance:

NRL player examples at a glance: 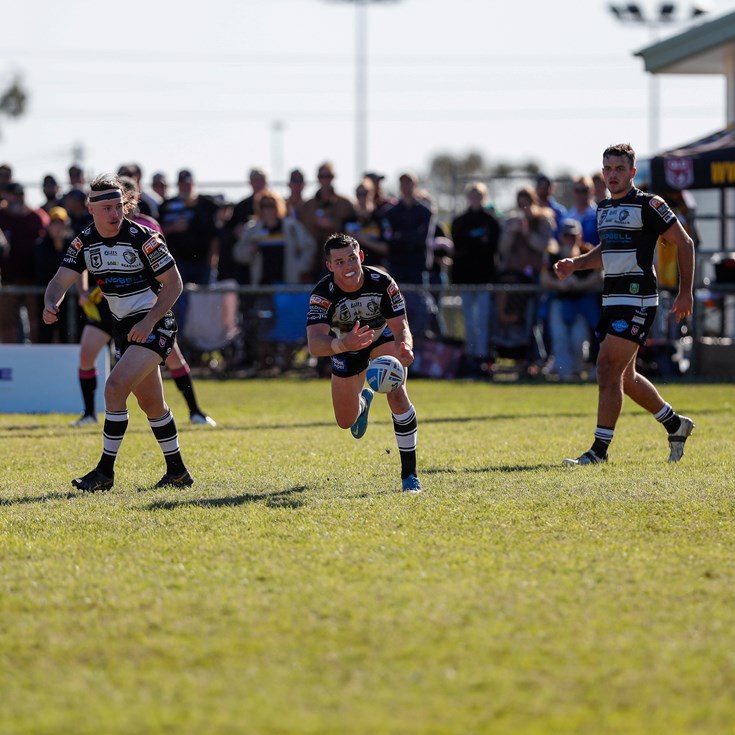 Team of the Week Round 2 - The Don returns!