Titans prop Jarrod Wallace knows the Gold Coast can compete with the best teams in the competition. The challenge for 2020 is doing it for the full 80 minutes, and not just in patches.

Wallace admits he is still searching for answers about what went wrong for the Titans in a disappointing 2019, but offers a lack of consistency in performance as one of the biggest contributing factors.

Take a quick look back through the Titans’ on-field results this year, and it is not difficult to see what Wallace is talking about.

The Gold Coast bagged two of the toughest scalps in the competition with away wins against the Broncos and Sea Eagles, and pushed the Storm all the way in both their 2019 meetings.

But the other side of the coin were the numerous occasions where the Titans “clocked off’ after building good leads, to let precious competition points slip between their fingers.

Throw into the mix the Round 8 game in Townsville where some crucial refereeing errors cost the Gold Coast victory against the Cowboys, and it is easy to see how the Titans’ season could have transformed before the halfway mark of the season.

Had the Titans been good enough to convert all of those matches into victories, they would have been on a seven-game winning streak between the Round 5 win over Penrith and the Round 11 win over Manly at Lottoland.

“I think that has been our biggest downfall – the lack of consistency,” Wallace said. “We know that we can get up for the big games – we beat the Broncos at Suncorp, we played really well for 40 minutes against Melbourne, not just in Melbourne but when we played them here.

“We beat Manly at Manly, and they played finals footy. We have obviously got the team that is capable of doing it, but finding the consistency for 80 minutes is our biggest thing.

“I think that has been our biggest downfall for the past couple of years.

“When we get to tough moments, unfortunately we are the team to break instead of breaking other teams. There were times during the year we were held on, and other teams cracked, and that is why we won.

“Unfortunately there were too many times during the year when we were the team to let go first. That is why we ended up in the position we are.”

Wallace said the public expectations on the Titans to make the top eight in 2019 were tough, but not unrealistic – and nowhere near as tough as the expectations the playing group had of themselves.

“It has been a real rollercoaster year for us – on and off the field. It is very disappointing for us to be in this position again, not playing finals and not getting to the point of the season that we wanted to be at,” he said.

“But it is exciting to see what will come now. We have a new coach coming, a few players have moved on which means there will be new players coming. That is all exciting times for the club.

“There is always an outside expectation on us – whether that is media, fans, other teams. But our expectation on ourselves was higher than that again.

“In the pre-season last year we were all doing really well. Everyone was fighting fit. We thought we were in with a chance of playing finals, but unfortunately, a year in rugby league is a long time.

“We never got to the goals we wanted to break. And we are still trying to look for a few answers why we didn’t.

“We lost a lot of key guys early due to injury – we lost Ryan early to an ACL, we lost Shannon to a shoulder. I am still trying to find answers.

“We’re not trying to make excuses either – we should have been in a lot better position than what we were. But we weren’t unfortunately.

“That’s the fate of the NRL. It is a ruthless game that we play. We have a chance now to go into a new pre-season, start 2020 – and hopefully do better.” 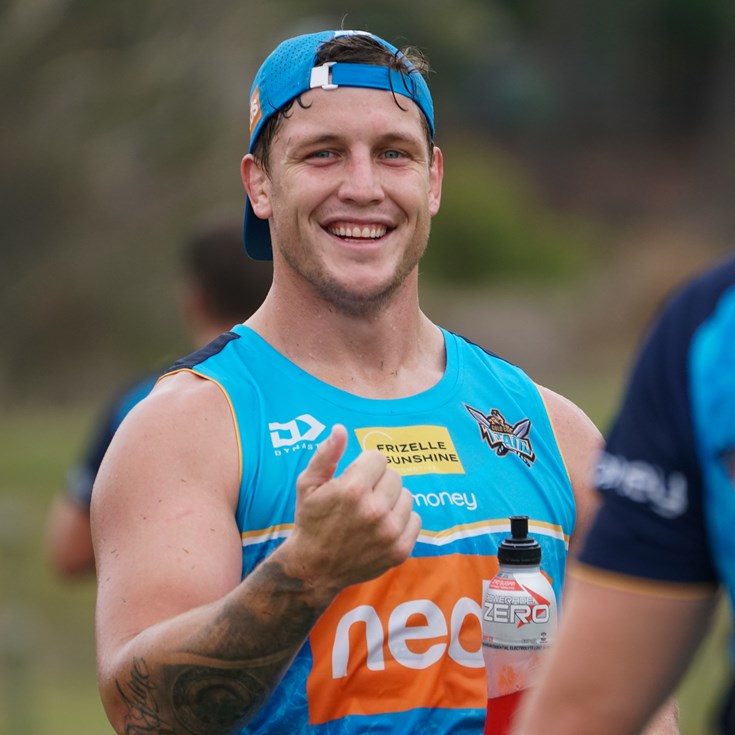 Wallace keen to lead from the front in 2021

WALLACE: We need to stop the roll on