Gold Coast have upped the ante in their quest to retain Jai Arrow, proposing a revised and upgraded four-year offer to the star forward over the past 24 hours that could seal his signature.

The Titans still see Arrow as a priority, despite their interest in luring Latrell Mitchell north of the border, and are now going all in by upgrading their original offer to the Queensland forward to keep him at the club until the end of 2024.

NRL.com understands Arrow has indicated to club officials that his preference is still to remain on the Gold Coast.

While the Rabbitohs are yet to formally offer the 24-year-old State of Origin forward a deal for 2021 and beyond, the Titans have raised their bid in anticipation for what is likely to be put on the table in the coming days.

If Arrow agrees to a new deal with the Titans, it could close the door on Mitchell joining the Gold Coast in 2020 given the Titans are short on salary cap space.

Mitchell is expected to tour the Titans facility early next week. 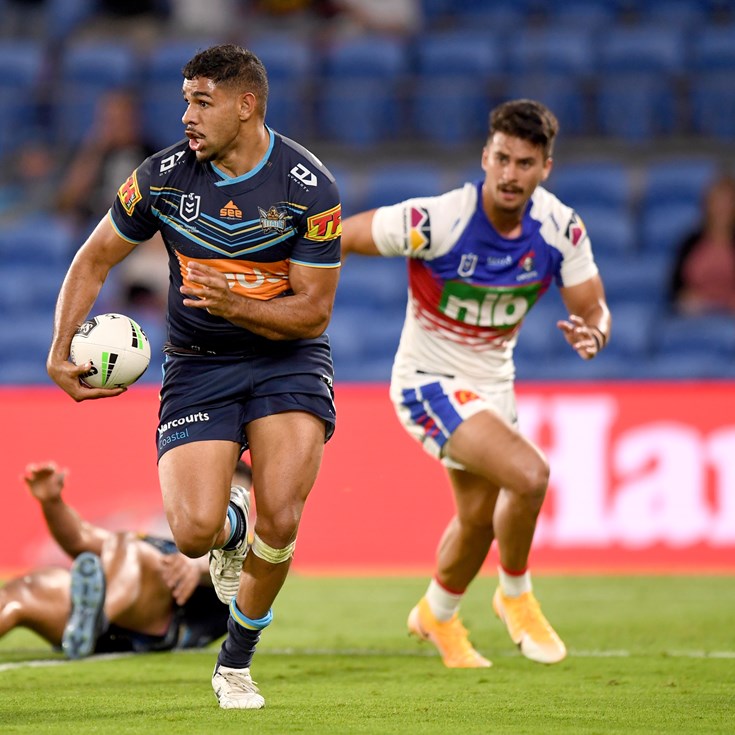 'He is an animal': Arrow says Moe will hit bullseye