Gold Coast Titans forward Ryan James has suffered a reoccurrence of the anterior cruciate ligament injury that prematurely ended his 2019 NRL season, with the experienced forward now expected to face an extended period on the sidelines.

Ryan initially injured his knee in the Round 6 match against Newcastle at Cbus Super Stadium last year, and unfortunately suffered a collision injury to the same knee while training at the venue this morning.

While initially hopeful the injury was only minor, preliminary scans indicate a reoccurrence of the ACL injury, immediately ruling out his planned return to the field in the NRL All-Stars match, and putting his start to the season with the Titans under a cloud.

“Further scans and testing will be required to get a more accurate picture around Ryan’s process from here as far as treatment, recovery and rehabilitation,” said Titans Head of Performance and Culture Mal Meninga.

“Everyone at the Titans shared Ryan’s pain today. He is obviously a hugely popular part of this Club, and earned even more respect with the positive way he applied himself to his recovery from the original injury last year, without ever once getting down or feeling sorry for himself.

“We all desperately wanted Ryan to be back on the field and back to his best this season – a goal he had set himself, and deserved to achieve. This news is obviously devastating to Ryan and his family, but also to his friends and colleagues here at the Titans.”

Neither Ryan James nor the Titans will be making further comment until the results of further scans are known. 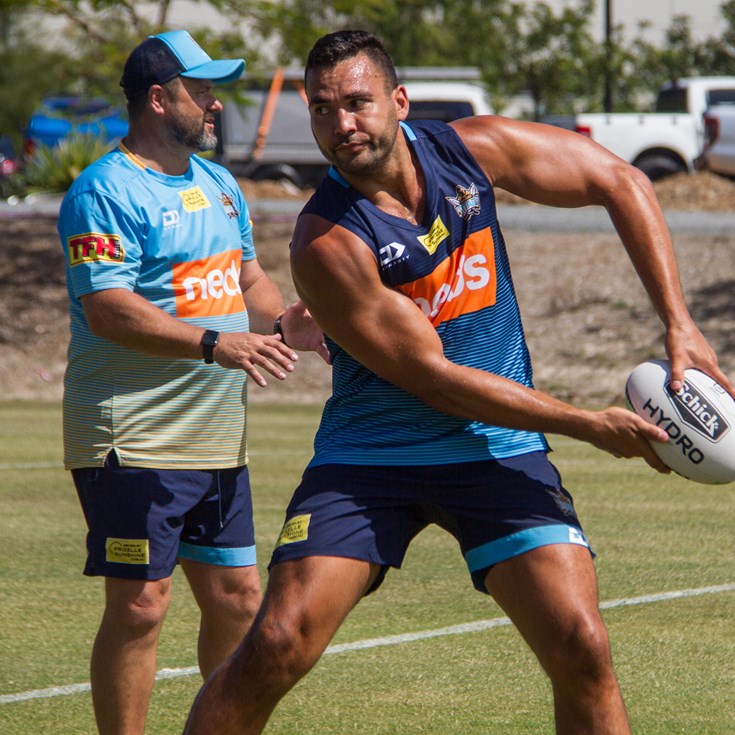 UPDATE: From The Gold Coast Titans On Injury To Ryan James

James: It’s a clean slate for all players

Injured James doing it tough watching from the sidelines

JAMES: Open to any position in pack