While returning fullback Michael Gordon has been talking himself up as the Titans’ lucky charm for the NRL Nines, Gold Coast half Tanah Boyd expects the emphasis on skill and speed to be more of a factor for the team’s success in Perth.

Boyd and Gordon represent the old and the new of the Titans squad on the hunt for the Club’s first major trophy in Perth this weekend.

On one hand is Gordon, who has come out of retirement for one last cameo for the Titans after an epic 261-game career across five NRL clubs finally came to a close at the end of last year.

Then there is Boyd – at the head of the Titan’s department of youth who are hoping to use the Nines as a springboard to regular NRL game time under new Head Coach Justin Holbrook.

The 19-year-old Boyd and 36-year-old Gordon will be teammates again this weekend, and Gordon says history shows that the Titans will be successful in Perth.

“He said that every time he has gone to a club, when he has left they have won the Nines,” Boyd said of Gordon.

“He has been good at training and he is always good to have around. His experience is second to none. He is good for me, and good for everyone.”

Titans fans may get a sneak peak at the Club’s playmaking future this weekend when Boyd partners with Ash Taylor as the team’s chief playmakers.

“It’s really exciting,” he said. “When I was a kid I was watching Nines, and I always wanted to play in it.

“It is always good. Ash has dealt with his stuff in the past.

“He has had a great pre-season and he is moving forward really good. I am really happy for him, and he is going to kill it I reckon.

“It’s going to be a good brand of footy and I am really excited to go over and get around the boys. It should be really good.”

Boyd said he expects the all-out attack of Nines football to suit the Titans’ style of play as the Holbrook era begins in the West.

“Definitely – that is the way I like to play. Our whole squad likes to play like that,” he said. “We have done a few sessions now and we are looking pretty good, so it is exciting times.

“We have watched a bit of footage about how to play Nines, and how we want to play. It is just about free-flowing footy – you see what is in front and lay that way.

“We have a good skillful team. Just in training – there is so much talent there. We like to fly under the radar, and we will see how we go.” 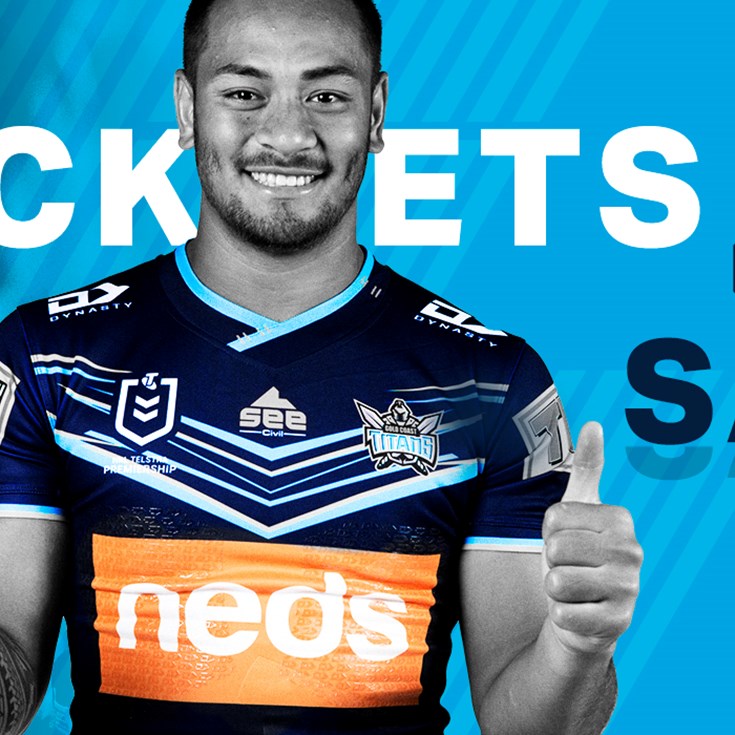 All Titans 2020 NRL season home games are now on sale