The Titans will begin their new era with a new leadership structure after coach Justin Holbrook announced the appointment of Kiwi international Kevin Proctor as team captain and inspirational veteran Ryan James as Club captain for Gold Coast’s 2020 NRL campaign.

Proctor and James are among the most experienced players at the Titans, bringing a combined total of 384 NRL games to the leadership roles.

Proctor will continue on with the on-field captaincy role that he inherited last year when James was sidelined with his knee injury.

While James will again not take the field in 2020, he will bring his enormous stature as one of rugby league’s most respected statesman to the role of off-field spokesman and ambassador as Titans Club captain.

Proctor admitted his appointment as team captain was an emotional moment, returning to the cherished post he had to give up in 2017.

“It’s kind of overwhelming,” Proctor said of his appointment.

“Justin asked to go for a coffee, and I wasn’t sure what he wanted to talk about. But when he asked me if I wanted the job, I was over the moon.

“I never thought I’d be in this position again, and it is a super proud moment.

“I have put a lot of hard work in personally and fixed a few things. I’m really grateful.” 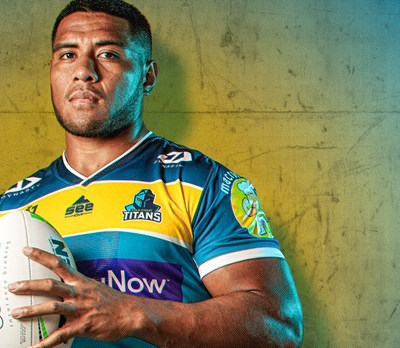 Package name:
General Admission
Package price:
from 142 for per adult

Proctor said he was excited about being asked to lead the team as it begins a new era under Holbrook’s coaching in 2020.

“There has been a lot of positive change around the Club, and we’ve certainly gone up a level in everything that we’ve done and will do,” he said.

“We’re up and about, and looking forward to what we hope is an exciting 2020 season.

“I want to be known as hard-working, and someone that they can trust on the field, but also off the field.

“I just want to be one of those players that people want to play with.

“If that’s the legacy I leave when I finish at the Club, I can leave with my head held high.”

Proctor said he was excited about working with James again as a leadership team, and said the injured forward would be playing a major role with the Titans in 2020 as Club captain.

“He’s someone I can lean on and will be able to do a lot of the formalities,” Proctor said.

“It’s a massive blow that he isn’t available to play, but he will definitely add something to what we do off the field.” Package name:
Basic
Package price:
Only 32 for per season

James said he was honoured to be chosen for a leadership role at the Titans despite not being able to take the field in 2020.

“It’s obviously disappointing that I won’t be on the field with the boys but I’m definitely all in, in regards to helping the team and Club move forward,” James said.

“We all know that Kevin is an actions man, and I’ll definitely be an ear for whatever he wants to talk about.”

James said the playing group was in good hands with Proctor as Titans team captain.

“Kev is a great choice as he’s done it all in the game and is 100 per cent with everything that he does,” James said.

“He should hit the 250-game milestone this year, so he’s been around the game for a long time.

“He has been around plenty of great leaders, both on and off the field, over his time in the game, so there is no doubt he has taken little pieces from them that he can pass on to our group.”

James said he was looking forward to contributing to the development of the younger players in the Titans squad by acting as a mentor with his new role.

“Leadership is always something that you continue to work on,” he said. “I’ll make sure that I am applying my time to developing that quality so I can pass it on to the rest of the squad. 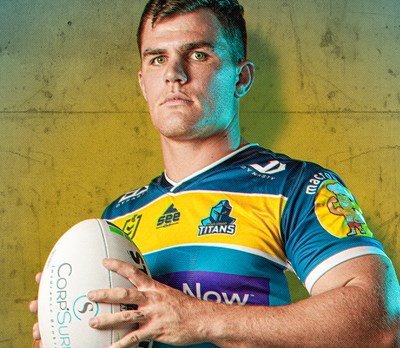 Package name:
4-Game Flexi
Package price:
From 118 for per adult

“I’ve just had surgery, but I’ll be back in at training next week and will help wherever I can. I’ll sit down with Justin and work out with him how I can best help the group continue to develop.”

BK back and Fifita has a derby in his sights

Presented by
1 week ago

Proctor's leadership just the tonic in Titans' hour of need