Titans coach Justin Holbrook has shaken up his team’s roster to ignite the Gold Coast’s season, ringing in a number of changes for this weekend’s home game against the Wests Tigers at Suncorp Stadium.

New recruit Young Tonumaipea is inline to become Titan No.155 against the Tigers after being named on the interchange bench.

Tonumaipea joined the Titans only a few weeks ago on a train-and-trial deal following two years away from the NRL while serving missionary work in Germany.

But the former Melbourne Storm player has impressed Holbrook and the Titans coaching staff since his arrival, and is now in with a chance of making his Club debut at Suncorp Stadium on Sunday.

At the venue where the Titans played their very first premiership match against the Dragons in 2007, Holbrook is looking for another new beginning for the Gold Coast with a new-look bench and some key changes to the starting team.

Erin Clark, who made his debut for the Club last weekend against the Cowboys, has been promoted to the No.9 jersey, with Tanah Boyd getting a start on the interchange bench as the Titans’ new utility.

Tyrone Roberts returns to the team at fullback after being a late withdrawal from last weekend’s game with an ankle injury. His return sees Phil Sami move back to the wing to partner Brian Kelly, with Dale Copley and Tyrone Peachey remaining in the centres.

Bryce Cartwright and Jaimin Jolliffe also return to the squad via the interchange rotation, joining Boyd and Tonumaipea in the 17, while Jarrod Wallace, Jai Whitbread, Anthony Don and Jonus Pearson have also been named on an extended bench. 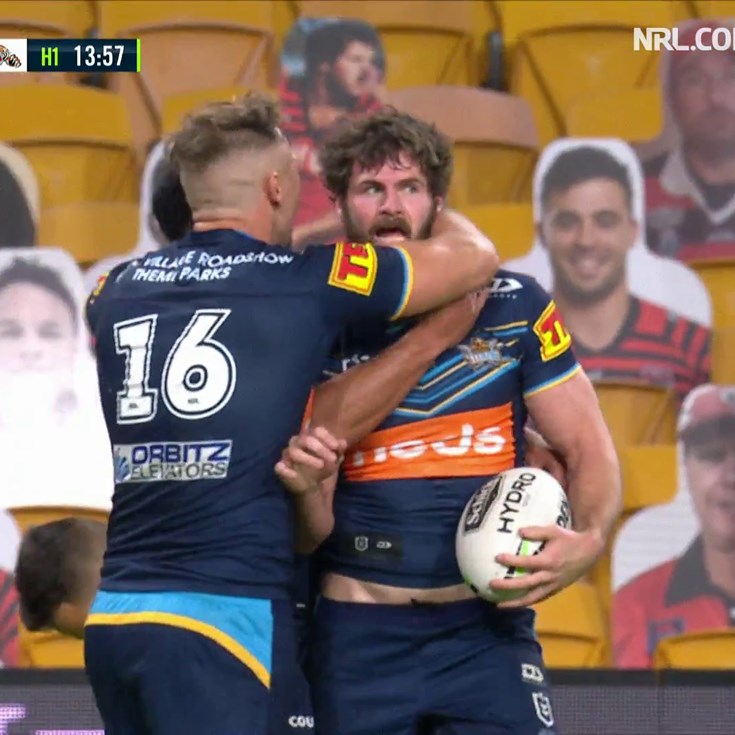 Leaping Don gets the Titans back level