The Titans head up to Suncorp Stadium tomorrow for the 6:30pm match against the Wests Tigers and Coach Justin Holbrook this morning spoke to the media to preview the clash.

Here are the five talking points:

“It was a hard decision (to leave out Nathan Peats and Jarrod Wallace), but I’m trying to pick our best 17 to play the Wests Tigers,” Holbrook said.

“I’m not trying to make a statement. Obviously in the games we’ve played we haven’t been good enough, so we’ve got to look at making changes to get the result we want.

“It’s nothing more than that, the boys have been training well and we just haven’t been playing well so I had to make some changes.

“Definitely (good to have him back). He needs to get through the session but having him back there will be good. He’s an experienced player and very skilful.”

Roberts To Help Structure Of Side

“He’s worked so hard on his game all pre-season. It’s a bit of a second chance in the NRL for him. He brings a lot of energy to our side. I just want him to go out there and play that way.”

“It’s not discussed in our meetings (the length of time since the Club’s last win).

“Our focus has been on the past three games and we haven’t been good enough in those.

“It’s a new start to a new season. Anything outside of that is forgotten about but at the end of the day we haven’t been good enough in the three that we’ve played this year.”

“If we haven’t got the ball it’s hard to score points. We have to be smarter when we’ve got it and not give the opposition too much of it.

“Last week we gave them too much of it (possession) and not necessarily off the back of the new rule. We need to fix that up.” 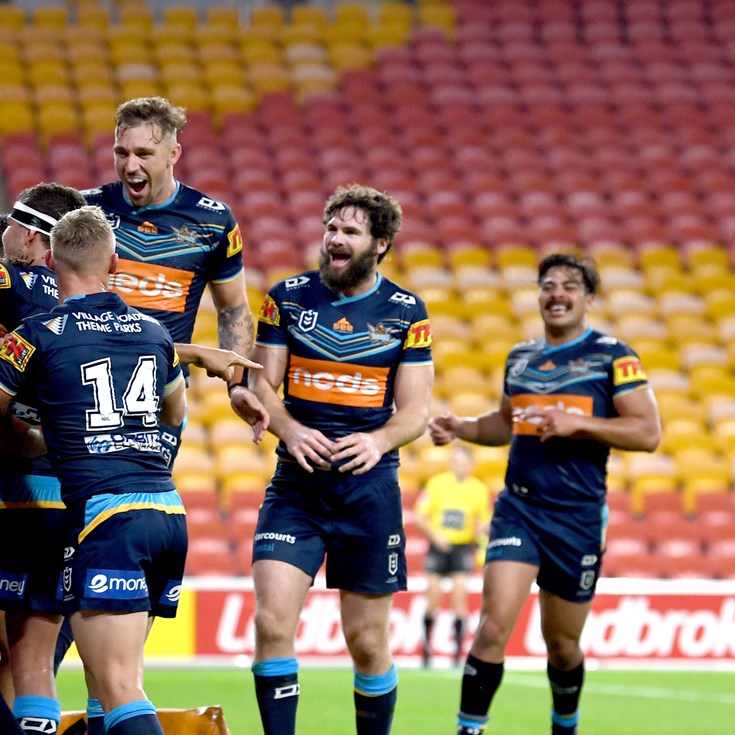 All The Action From Suncorp Stadium

Leaping Don gets the Titans back level