It’s a battle of the centres in our head-to-head this week with Brian Kelly looking to keep up his strong form for the Titans when he comes up against Josh Dugun from the Sharks.

Kelly has been in red-hot form, and since returning from injury has scored in three of the Titans past four games.

He was outstanding against the Cowboys, proving a constant threat and making a key line-break that lead to a try for AJ Brimson.

Kelly also finished off the highlight of the game, with skipper Kevin Proctor desperately keeping the ball from going over the dead ball line before Kelly dived on it to score.

He posted seven tackle breaks, two line breaks and one try assist against the Cowboys to showcase his threat with the ball in hand.

For Cronulla, the focus is on Josh Dugan.

After playing his 200th game in the last round, the Sharks veteran will be looking for another big game against the Titans.

Dugan is a former Origin player and the 30-year-old is playing inside the competitions leading try scorer (Sione Katoa), with the pair to prove a threat to the Titans defence. 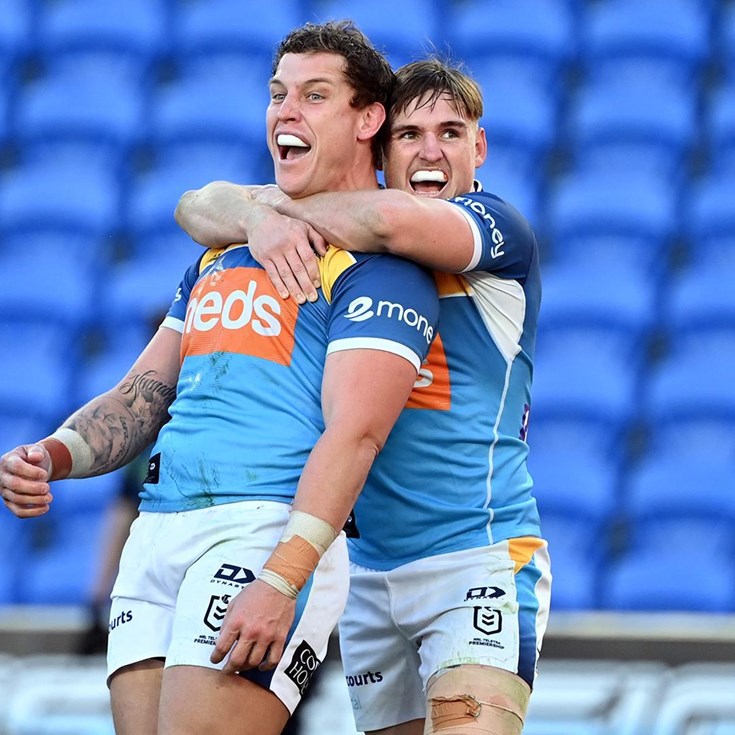