The night Phillip Sami outran a giant kangaroo has been hailed by his schoolboy coach as the turning point in the new Maroons squad member’s career.

The Gold Coast Titans flyer is one of 17 debutants in the Queensland squad and his former Ipswich State High coach Lee Addison recalled a 2014 evening against Forest Lake High when he was starting to doubt whether Sami would ever reach his potential.

The Goodna Eagles junior had not set the world on fire for his school side as the second half of the match began at the opposition's home ground of Centenary, where kangaroos are often seen to graze.

"It was a  dark, dingy night and I was getting frustrated with all my players, including Phil Sami. It seemed like he was jogging everywhere and then all of a sudden this giant kangaroo the size of Blake Ferguson jumps out," Addison told NRL.com.

"We’d just scored and they were about to kick off when one of the four kangaroos that had invaded the field went straight for Phil and chased after him.

"He was very scared and raced off the field and hopped over the fence. It was the fastest he moved all game. The kangaroo didn’t give up on him either."

It is what happened next that Addison said defined Sami's future.

"In a strange way, the turning point in Phil’s career was when he chased by that kangaroo," Addison grinned.

"I showed the team vision of it in the video session afterward and I said, 'boys, this is the fastest I have ever seen Phillip Sami run and proves how elusive he really is'.

"The next game Phil scored four tries against St Peter Claver College at fullback and it was that moment I knew he was going to be something big because of his speed, support play and instinct.

"He never looked back and it all goes back to the night he proved that he could run faster than he ever had after he was frightened he was going to get eaten by Skippy."

Six years on from that terrifying evening, Sami said he was ready to fire for coach Wayne Bennett if given a chance to make his Maroons debut on the wing.

He credited Titans coach Justin Holbrook for his development and said he was the main reason for the club’s strong finish to the season and strong representation in the Maroons squad with club teammates Moeaki Fotuaika, AJ Brimson and Jai Arrow also in camp.

"Justin has brought a culture with him that we all love and we all love playing for him," Sami told NRL.com.

"He has helped my individual game and puts full trust in me to go out there and play good footy, not be nervous and back yourself 100 per cent.

"It is massive for me just being in the 27-man [Maroons] squad but if I get the call-up to play Game One then I will prove I am ready for the job."

Addison, who coached lower grades at Manly and Penrith, is now head of performance for the Spanish national rugby league team. He said  Sami, who idolised Benji Marshall as a youth, would be a hit in Origin footy if selected to play in Adelaide.

"All the kids I teach now remember how he stepped Roger Tuivasa-Sheck last year to score in a clip that went viral on social media," he said.

"Phil is one of the most elusive players in the NRL and Wayne will look at him and like what he can do.

"From his very first NRL game he looked like he was made to be there, he has a low mistake rate and he doesn’t get flustered on big occasions, which is essential in Origin."

Sami still credits Addison for setting him on the road to the top.

"I wasn’t a great footy player growing up in the juniors and Lee brought me to Ipswich State High where I learned a few things that set me up to be an NRL player," he said.

As for the scary night being chased by the kangaroo, Sami laughed and said it had slipped from his memory.

When NRL.com told Addison he was not surprised.

"It was a traumatic event for Phil and no doubt the kangaroo that he outran, but it is like a lot of things I told Phil in team meetings. I think he forgot most of it but just did it naturally," he chuckled. 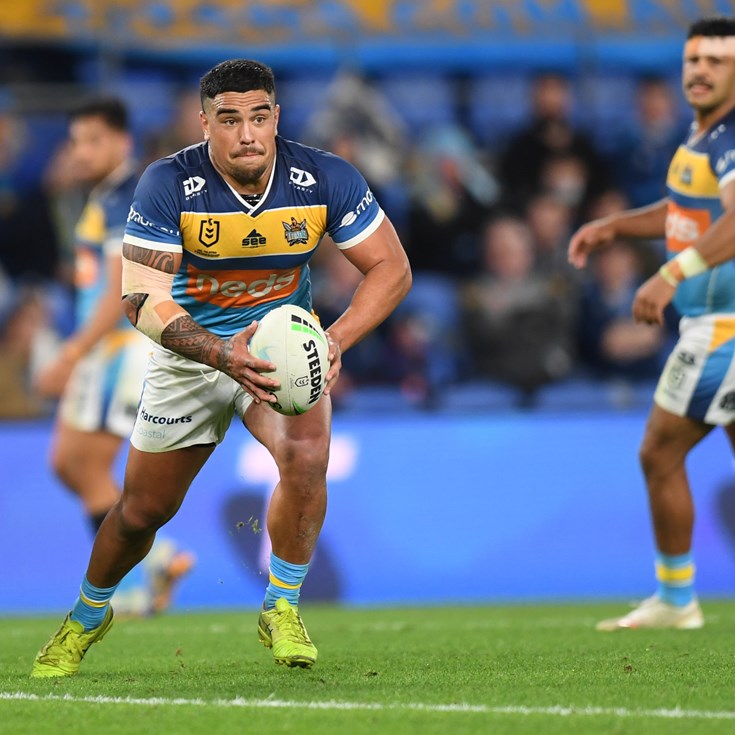 Great news on the injury front, as players return