When it comes to playing a tough game of league, Gold Coast Titans props Moeaki Fotuaika and Jai Whitbread are renowned for putting skin in the game.

This article was originally published in The Northern Star.

Ahead of the historic National Rugby League trial match between the Gold Coast Titans and the New Zealand Warriors at Lismore’s Oakes Oval next month, the players said they were enjoying their pre-season training and looked to be selected for the important game on Saturday, February 27.

The last time the two teams clashed, in July 2020, the Titans took home the trophy and bragging rights with a 16–12 result.

This may ‘only’ be a trial, but there’s no doubt both teams are playing for keeps.

It is expected the teams will be named in the week leading up to the game.

Fotuaika, 21, speaks quietly and obviously prefers to let his playing do the talking.

The 107kg prop said he’s having a positive pre-season and looks forward to being part of the squad running out onto Oakes Oval.

Despite his birth in the Land of the Long White Cloud, the 2020 State of Origin prop has played for the Titans for three years and said he has immense respect for the Warriors.

“It would be good to go out and play against them and test myself against those quality players,” he said.

“This game will also be good for the local community to see their idols playing close to home.”

Fotuaika said he was stoked to doing a job he loves and wants to encourage youngsters to stay positive when they come up against barriers to achieving their goals.

“I was not the fastest or the strongest player,” he said.

“But I have a good hard work ethic and this is something I do to this day, I enjoy working hard, training and playing for the team.”

Titans teammate Whitbread, 23, said he had been enjoying the squad practice and wants to make selection to play on Oakes Oval.

“Our training is going really well and it’s extremely competitive with a few new big signings,” he said.

“We’re all working really hard ramping things up, our ball work is definitely a lot better.”

When asked what he would say to youngsters with stars in their eyes and dreams of playing at elite level, Whitbread said, "you have to be resilient."

“There were times when I was told I would never play,” he said.

“Persist, work hard and get what shines for you.”

Article was originally published in The Northern Star. 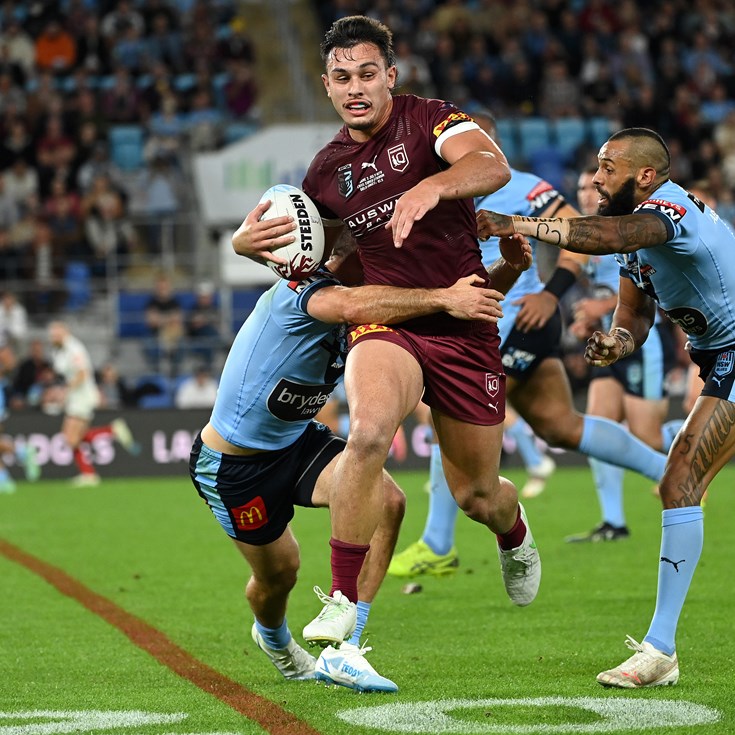 Origin charges: Fotuaika to miss a match as Munster apologises for kick