"We're still a confident team and know what we're capable of."

Those are the words of Titans winger Corey Thompson as his side prepare to face the Dragons at Cbus Super Stadium this week.

Thompson is right to be confident, given the year he has had.

Before injury hit the Titans flyer was in State of Origin discussions and averaging the second most metres per game, behind only the Panthers Brian To'o.

Thompson still sits in the top 10 in the NRL for metres per game with an average just over 172 metres.

Thompson's trademark energy and enthusiasm were on show in his return from injury against the Raiders a fortnight ago as his return gave the side a lift.

After snapping a four-game losing streak last month with an impressive win over Canberra, they were undone by defensive lapses in their 26-8 loss to the Eels last start and Thompson says it is an area the side are constantly putting in the work on.

"It's one of the disappointing areas of our game," Thompson said.

"We know we can score plenty of points but it's stopping tries that we're still trying to perfect.

"We showed against the Raiders we can defend and when we went down to 12 we scored points and stopped Canberra from scoring.

"On the weekend we slipped back into those poor effort areas in defence.

"Some games we defend really well and other week's we let it slip and don't look like a defensive side at all.

"We're working hard with each other to be that defensive side.

"It might get a bit frustrating because we work so hard during the week." 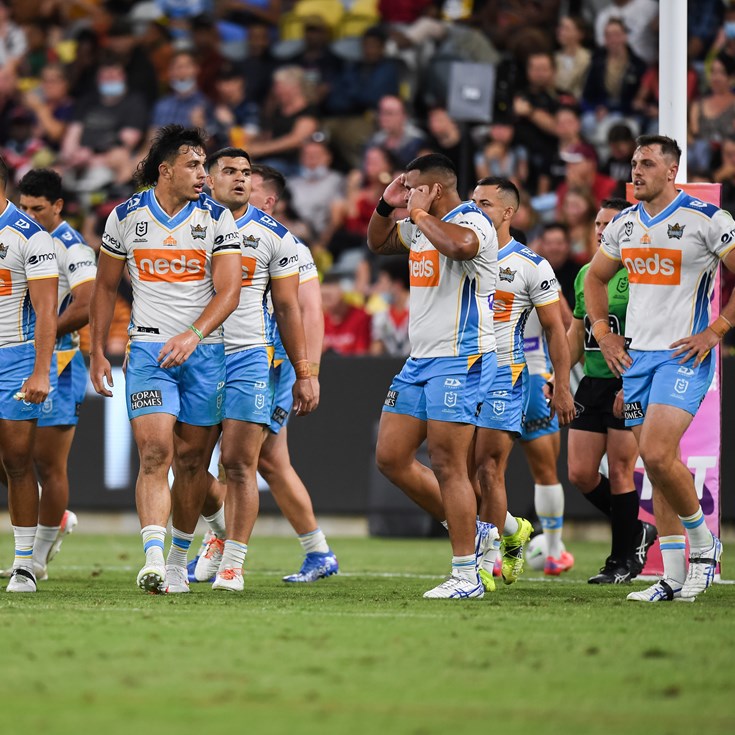 Wallace: We don't want to finish our season yet

Thompson says Titans preparing to win, not worrying about other results