The result may not have went to plan on Saturday night, but that hasn't stopped an outpouring of support from the Titans Members, fans and broader city.

After one of their strongest 80-minute performances of the season, the Titans went heartbreakingly close to winning the game.

The emotion was raw on the players and coaches faces and it was the same across the whole Coast as Titans fans saw their heroes fall just short in the Club's first NRL finals appearance since 2016.

Although a loss is never the desired result, the large amount of support towards the side, their efforts on the weekend and this year was heard loud and clear by the team and club.

Many a comment across the Titans digital social channels spoke of how proud they were of their team and in turn their city.

When Justin Holbrook arrived a little under two years ago the club had finished 16th.

In his first year he took them to 9th and backed it up in 2021 with a finals appearance, all while blooding a number of young guns of the future.

Names like Sexton, Marzhew and Jayden Campbell all received their club debuts in 2021 and are sure to be mainstays of the team for years to come.

Combined with the likes of AJ Brimson, Tino Fa'asuamaleaui and Dave Fifita, the future looks bright on the Coast with most of that group 22 years of age or younger.

The season might be over, but the Titans Legion is proud of their side and will no doubt return bigger and stronger in 2022. 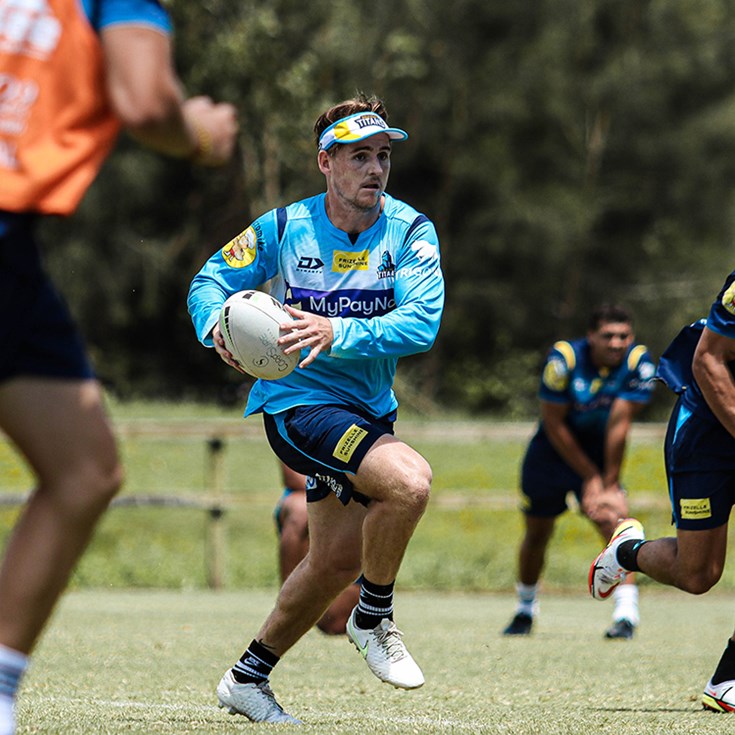 AJ to seek 'priceless' advice from Lockyer on switch to six

Matalavea-Booth making an impact this pre-season

Marzhew fitter than ever as he targets big '22