AJ Brimson knows that people will focus on the age of the Titans spine in 2022, but he also says the young group will bring plenty of excitement and will be ready to steer the club to back-to-back finals appearances.

Speaking on Triple M's Rush Hour with MG and Liam, Brimson said he's excited about moving into the number six jersey this season.

"We had a big chat at the end of last year and the way Jayden Campbell is playing and I'm excited to play with him, it's not one of those awkward things, I'm excited," Brimson said.

"I think what is going to work best would be me back into the halves and JC to stay at fullback.

I've played a lot of halves so it's not anything really new to me and I'm not too nervous but it is a bit more tackling for me so I'll have to get some wrestling sessions up in pre-season."

Penrith great and program host Mark Geyer was quick to heap praise on the young Titans, noting that he has been impressed with both Brimson (23) and halfback Toby Sexton (20).

Brimson says the new halves pairing has already spent time together in the off-season and are ready to cement their combination through a big pre-season.

"We've caught up a bit in the off-season and he (Sexton) is already making some jokes," Brimson said.

"We've got such a young spine and if it ends up being me, Toby and JC and then Erin Clark or Tanah Boyd or whoever is at nine, it is exciting.

"I think that is Justin's (Holbrook) thought process behind it, telling us early where he wants us to play so after every session there is no confusion.

"You'll know each others game so when round one comes around you're ready to go.

"I'm excited, Toby is one of my good mates and he is a freak so it'll be good."

The Titans announced their roadmap to 2030 this week, which included calling out the on-field success markers of two NRL premierships by the end of the decade.

The club also revealed a refreshed brand, which Brimson says reflects the energy the young playing group are bringing to the Titans.

"I think the theme is about the next generation, we've got a young squad here and hopefully we can build off the end of last year and play some good footy."

Geyer did point out that the new logo would look good as a premiership tattoo.

"I've already thought about that."

As have many Titans supporters.  The Brimson-Sexton combination will link up when the side returns for pre-season training in November. 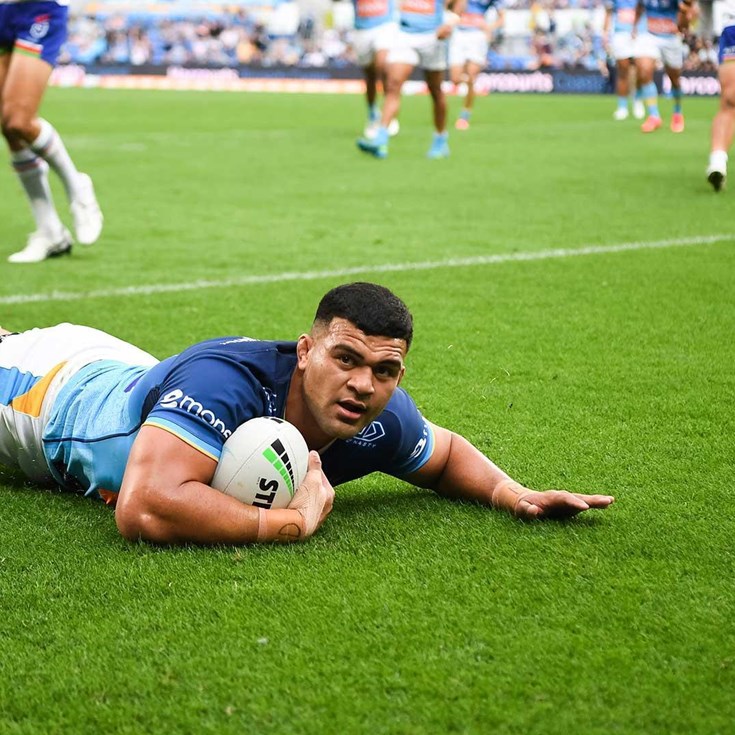