Steph Hancock only needed to hint to Titans coach Jamie Feeney that she was struggling without a footy in her hand to soon find an NRLW contract in front of her eyes.

Hancock, the 39-year-old Maroons and Jillaroos legend who retired from representative football last year, caught up with Feeney after Queensland retained the women's Origin shield on the Sunshine Coast in June.

Their conversation got straight to the point.

"I haven't been able to manage the retirement very well," Hancock told NRL.com.

"I didn't go to one game of rugby league this year apart from Origin because I didn't want to be around it.

"Origin was so hard to watch and the fire was still burning in my belly. 'Feens' took that as I was saying to him that I still want to play. I just responded saying maybe.

"A few days later he sent me a contract and I thought, 'Oh shit, he's being legit here'."

It didn't take Hancock long to make up her mind.

Within days the former Dragons and Broncos prop was back and ready to play an important role for one of the newest clubs in the NRLW.

"If all the younger girls are fit and healthy and do what they're meant to then hopefully I'll be nothing but a back-up," she said.

"But overall the appeal is just to have an opportunity to keep going and especially for another Queensland NRLW club.

"The Titans, and especially [co-owner] Rebecca Frizelle, has done so much for the women's game on and off the field that people probably aren't aware of.

"I respect that woman so much and with the group of girls they've assembled and the coach, I couldn't turn it down."

As Hancock enters another chapter in her career that spans almost two decades and includes 20 Test appearances, she's envious of the opportunities that have been created for the next generation coming through.

"To have that much football in a season made available to a player next year, I don't think there's a female athlete who would wish for much more," she said.

"I just hope everyone's bosses are also ready for them to go back to work either tired or chasing another day off because that side of their lives is important to manage as well.

"But to kick off next year with an NRLW season, the girls will be just itching to get back on the field and we'll be able to really help launch the year."

One player Hancock was not looking forward to playing was former Dragons teammate, PNG star Elsie Albert, who she mentored in her maiden NRLW season last year.

The best of the NRLW regular season

Albert has remained in Australia throughout the competition's postponement due to border restrictions and COVID-19 cases in Papua New Guinea.

"The exciting and scary thing for her and everyone else is she's being taught exactly how to train with strength and conditioning as opposed to training her own way in PNG," Hancock said.

"She's going to be one scary woman to play against."

Reminded the pair are pencilled in to play against each other in the season opener at McDonald Jones Stadium, Hancock replied, "Hopefully I don't play." 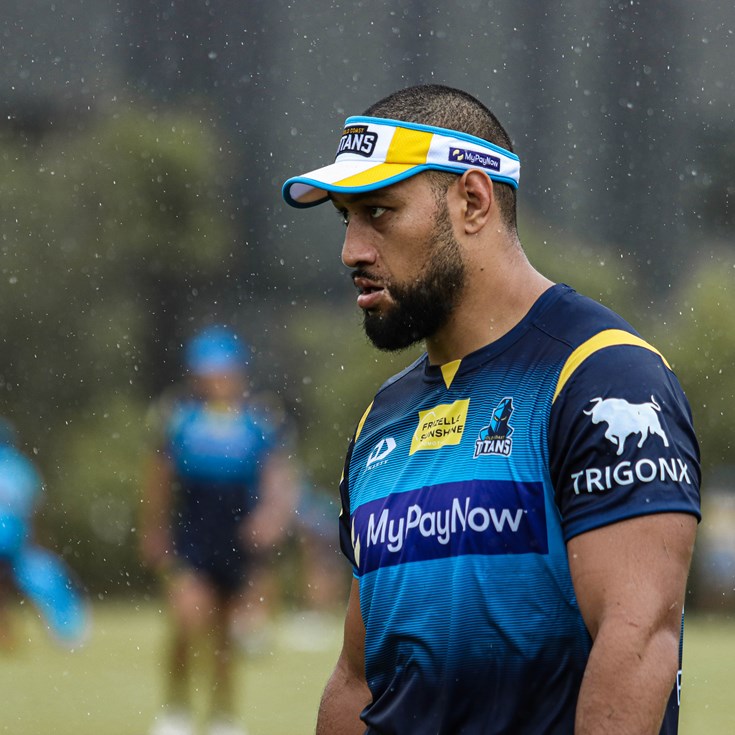 Titans to play the Broncos in a March blockbuster