Australian Test back-rower Josh Papalii is one of real threats for the Aquis Titans on Sunday, amongst the big and in-form Raiders pack.

Papalii hasn’t missed a game this season and has been in consistent good form, and will be a big handful on the Raiders’ right edge.

He comes off the back of the go-forward of Paul Vaughan, David Shillington and Frank-Paul Nuuausala and is hard to contain close to the as evidenced by his eight tries this season.

Ryan James, who returns from a week out with a shoulder injury, can pose a similar threat on the Titans’ left edge and it will be his job to keep Papalii in check.

He hasn’t quite continued the form of the first half of the season when he was a stand-out best player for the Titans but his workload has been tremendous and he remains hard to contain and is super-keen to put in two good performances in front of a home crowd in the next fortnight. 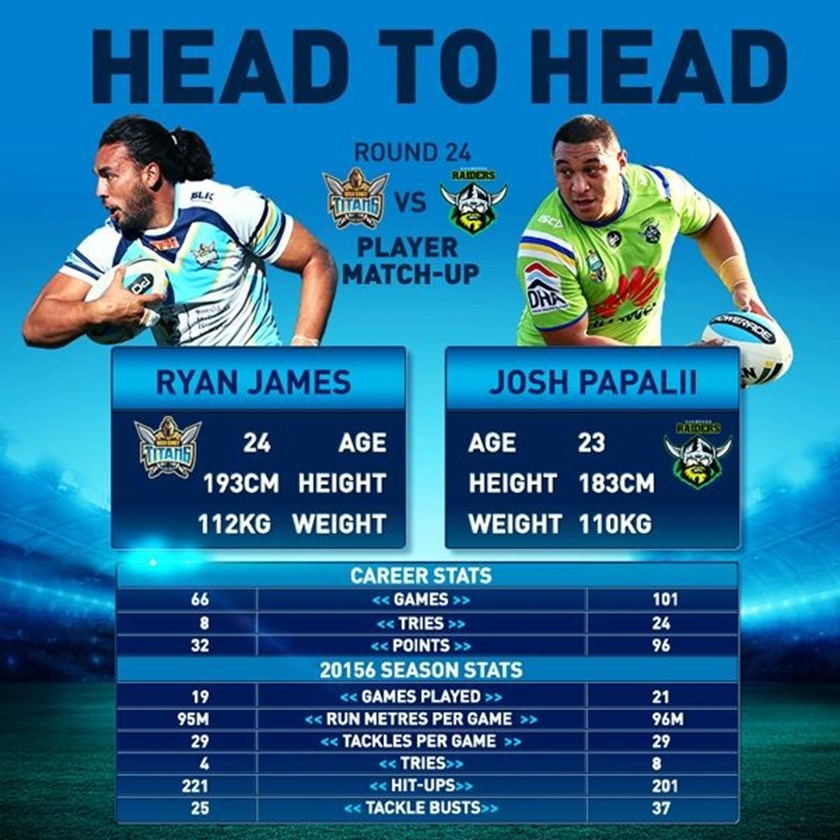 Proctor 'ahead of schedule' in return for Titans