A 5pm kick-off has been confirmed for the Aquis Titans’ final trial match of the pre-season against South Sydney at Pizzey Park as it emerges that dual English international Sam Burgess may make his return to rugby league in the match.

The game against the 2014 premiers will be played on Saturday February 20 with two curtain-raiser matches featuring Burleigh Bears Intrust Super Cup side that will includes several Titans-contracted players and the Bears’ Colts team.

Rabbitohs coach Michael Maguire said this week that Burgess won’t play in the Nines and it looks as though he might miss the Charity Shield game against the Dragons the following weekend and run out for the first time in 2016 against the Titans on the Gold Coast.

While not committing to when Burgess would make his comeback, Maguire said “it will more than likely be the Gold Coast trial”.

"We want to make sure his body is in the right shape for rugby league, so we'll just monitor that daily and then work out when we're going to play him," Maguire said.

Both teams will treat it as their important final hit-out before the NRL’s opening round and are likely to field strong sides.

For the Titans, with so many new players in the squad, it will be the third weekend of action for those involved in the Auckland Nines and time together to fine tune combinations that are honed at training will be important.

“It’s an important clash for us in terms of preparation for the season so we want to field as strong a squad as we can,” said head coach Neil Henry.

“It will be great to play a strong team with such a high profile and good following as Souths at a small ground like Pizzey Park where people will be close to the action.

“And if Sam Burgess happens to play it will just bring more to the spectacle too.

“Hopefully plenty of fans will get out to watch the game, and get a first glimpse at some of our new players too.”

Tickets are available online - http://goldcoasttickets.com.au/event/2009 if you want to ensure a spot - and at the gate on the day although space is obviously limited.

Our Gold Training under-20s side will have three pre-season trials, two on the one weekend when the squad will be split, as Ben Woolf gets a look at a significantly altered squad from last season.

The full Titans’ pre-season schedule is: 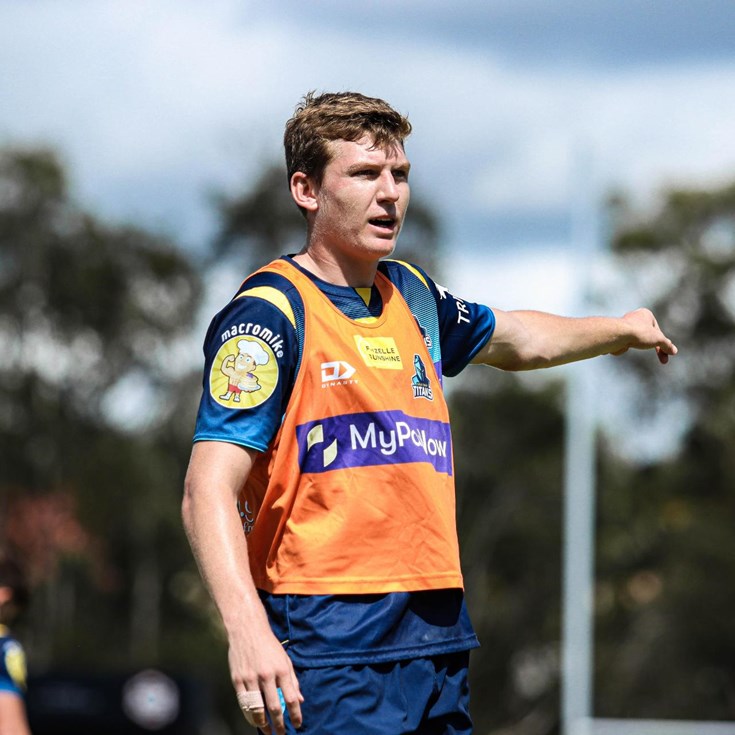