Titans veteran William Zillman is on course for an NRL recall as coach Neil Henry concedes that New South Wales Origin hooker Nathan Peats is "highly unlikely" to line up against the Cowboys on Saturday night.

Peats is still working on a corked quad that he picked up early in the second half of Wednesday's 28-4 win by the Blues and is in extreme doubt but Henry said that centre Jarryd Hayne will take his place after a light run on Friday morning.

Against Melbourne in Round 10 the Titans carried Dale Copley on their interchange bench, a move that paid off when Dan Sarginson and Hayne both failed to finish the game due to injury.

Although the loss of Peats is a significant one, Henry said he had no hesitation in bringing Zillman back into the 17 after a couple of strong performances for Tweed Heads in the Intrust Super Cup despite the fact that he has played just three NRL games since Round 15, 2016.

The loss of Peats would thrust Karl Lawton into the starting hooking role but the flexibility of fullback Tyrone Roberts gives the side coverage where they need it according to Henry.

"William Zillman's going into the squad as well. He's had a couple of very good games for Tweed and certainly can play fullback and Tyrone Roberts might be able to slot in at dummy-half," Henry said prior to Friday's captain's run.

"We're still looking at a rotation to alleviate a forward rotation with a hooker but 'Lawto' could punch out good minutes, he could possibly play 80 minutes. We're thinking we need to be flexible around that rotation.

"Jarryd has played 80 minutes of footy a couple of nights ago so we need to cover that outside backs rotation."

Only one of the Titans' four wins this season have come without Peats in the side, his outstanding Origin debut for the Blues highlighting the value he brings to a team.

"But Lawto would be up for the challenge. He's worked really hard, he's been solid defensively in the middle as well and he's got a bit of speed out of dummy-half.

The Cowboys have won the past four clashes against the Titans and as a former North Queensland coach himself, Henry knows they will be smarting having dropped three home games already through 12 rounds.

"They're a tough team and a very settled side," Henry said. "A lot of those players have been playing together for a long time now.

"They control their possession and they'll probably be a little bit annoyed about their home record, losing a couple of games at home.

"They'll be looking to rectify that against us." 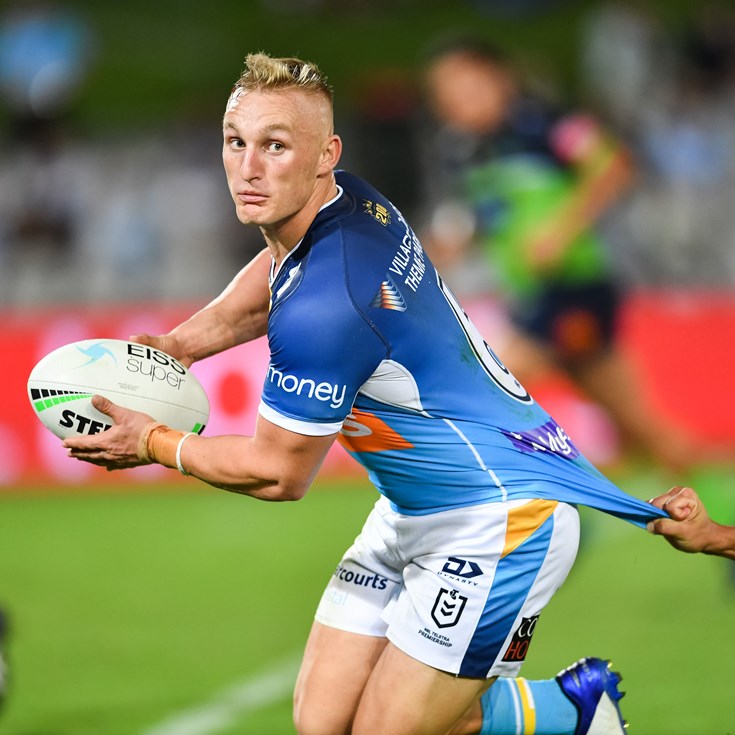