Gold Coast coach Garth Brennan says Bryce Cartwright needs to come out of his shell and have the confidence to be dominant around his new teammates when he steps into the five-eighth position against Cronulla at Cbus Super Stadium on Saturday night.

And he says an "opposed" ball session at training this week gave the best indication he might be set to do that and turn the corner with his career.

Cartwright has seemed hesitant to assert himself in his first seven matches in a Titans jersey and Brennan said that reflected his lack of confidence as he has been getting used to the players around him and his role in the side.

While Brennan conceded switching Cartwright to five-eighth was "not ideal", it may be the catalyst for him play the attacking football he was recruited to provide.

"The way he trained there [at five-eighth] on Wednesday, when he really took control and he was telling guys where to go, was exceptional," Brennan said.

"He probably steered them around more than Ash [Taylor] did, which was really exciting to see.

"That is only going to help with his confidence going forward.

"He has missed a lot of footy and been moved around positionally for a while, and we moved him again which is not ideal.

"A lot of it [lack of preparedness to dominate] is him still getting to know the players around him, on and off the field.

"They really responded to him [in the training session], and the more they respond, the more confidence he will get with the teammates around him."

Brennan hopes the switch of Cartwright to five-eighth is temporary. He wants the multi-talented Kane Elgey to regain confidence in his ability, particularly his defence.

Yet he pointed out Cartwright was Nathan Cleary's halves partner when he was introduced into the Panthers' side in 2016 and they quickly created a dominant pairing.

After playing the first 12 games of that season in the second row (one starting on the bench), Cartwright played the last 14 matches at five-eighth. Penrith won 10 of the next 13 games after Cartwright was switched to five-eighth in round 14, moving from 11th to sixth.

"Bryce is a pretty good organiser and people forget he was the five-eighth when Nathan Cleary made his debut at Penrith in 2016 [Cartwright moved there the following weekend actually, replacing Jamie Soward], and helped Nathan with the transition," Brennan said. 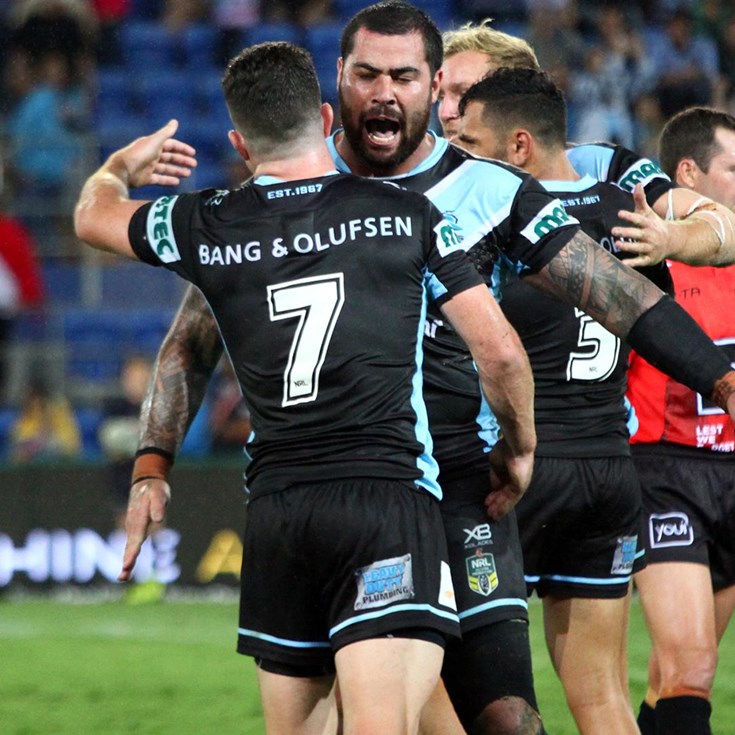 JAMES: Everyone has to improve