Out-of-form Gold Coast Titans centre Konrad Hurrell is hoping more focus at training and a mood-settling call to his mother in Tonga before kick-off might be the recipe for an improved performance against the Raiders in Canberra on Saturday.

A hero of Tonga's World Cup campaign, Hurrell has coughed up more ball than any other player in the NRL this season, mostly through over-effort.

He made no attempt to sugar-coat his lapse in form on Wednesday.

Asked to describe his form, Hurrell replied: "It's been pretty ... I can't say the word. But it's not up to standard.

"I'm trying too hard sometimes when things don't go your way. I'm dropping too many balls obviously; [there are] errors every week from myself. I work on it at training but it happens [in the game] and I'm overthinking it sometimes.

"I have to get my focus right at training and do those one-percenters and hopefully turn up at the game better prepared.

"The World Cup was the best experience of my footy career and there is nothing from the World Cup that is responsible [for his form].

"In the past when I've had form like that I have been dropped straight away but Garth has been onto me every week but keeps me there.

"He keeps saying he doesn't want to drop me but I have to start performing well each week for him to keep in the team.

"For someone to have faith in me like that; I have to just give back to him and the team and play well." 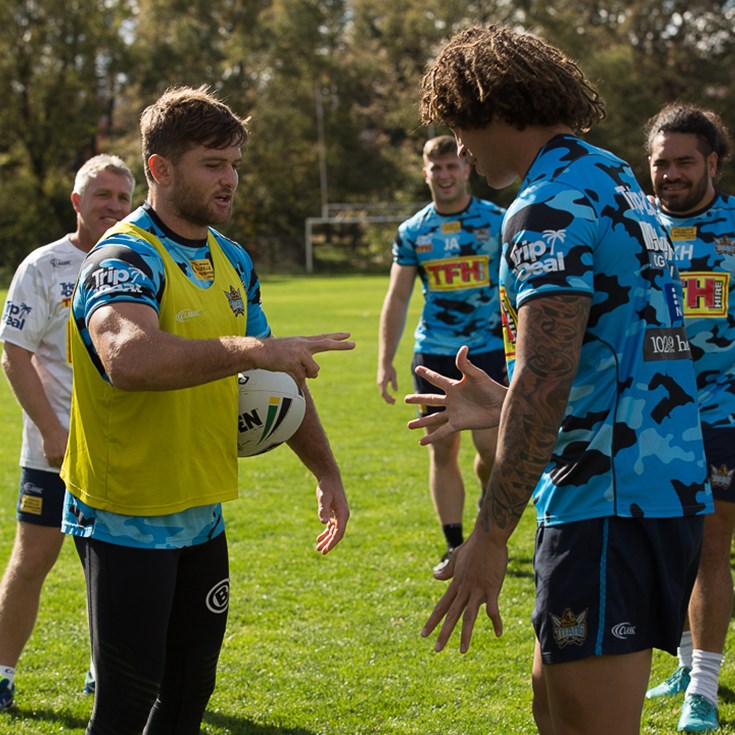